Adam Day is organised each year on 10 August by the UK arm of the Azeemia Foundation. The purpose of the event is to bring people together to reflect on mankind's common descent from Adam.

Our Co-Chair Heather Fletcher made a speech based on the Jewish concept of ACHDUT which means UNITY. You can read it below.

The event had an impressive array of speakers listed below. It was also attended by many members of the Forum, including Co-Chair Mohammed Amin and Company Secretary Tahara Amin.

Good evening, ladies, gentlemen and distinguished guests. I am delighted to speak from a Jewish perspective at this 17th Adam Day.

I will start by explaining the Jewish concept of ACHDUT. This word actually means UNITY.

In the Jewish holy book, the Torah, it is stated that every creation has its own purpose and the mission of a Jew is to find G-d’s glory in every single person and creation. However, the word ACHDUT in a wider sense means seeing the spirituality in other people, even though they are different, and feeling at one with them. So ACHDUT embraces a general feeling of TOGETHERNESS.

We have a happier society when we all live together, work together and mix together socially. As I am Co-Chair of MJF, I will share three examples of Achdut and togetherness regarding Muslims and Jews helping each other in the past year.

Firstly, last October in the USA, various Muslim groups raised over half a million dollars to help the victims’ families in Pittsburgh after a gunman stormed into the Tree of Life Synagogue and killed 11 people. One campaign was called “Muslims unite for Pittsburgh Synagogue.” The founding Director of another campaign group who raised a considerable amount of money stated “let us stand with our Jewish cousins against this senseless anti-Semitic murder. We ask you to respond to evil with good.”

After the Christchurch terror attacks earlier this year in which 50 people were murdered whilst praying in two Mosques, the “Tree of Life” Synagogue in Pittsburgh raised money for the victims and their families and a spokesman said “To the Muslim families going through the most difficult times the Jewish community of Pittsburgh is with you. Our hearts are with you and we hold you in our prayers.” Also, synagogues in New Zealand were closed on the Saturday after the attacks as a sign of solidarity.

Finally, a Muslim master baker bought a café in West Hampton Beach and made the commitment to keep it kosher in the hope that Muslims and Jews in the area would come together and eat delicious food together.

It is ACHDUT, togetherness and celebrating our “Unity in Diversity” which helps to create a better society and sends out strong messages to those who wish to divide us. The twisted, negative messages of the bigoted minority must continually be wiped out by the hopeful, positive messages of the tolerant majority who work together, help each other and celebrate diversity. I am pleased that we have ADAM DAY every year which conveys this important message.

Below is Heather Fletcher speaking. 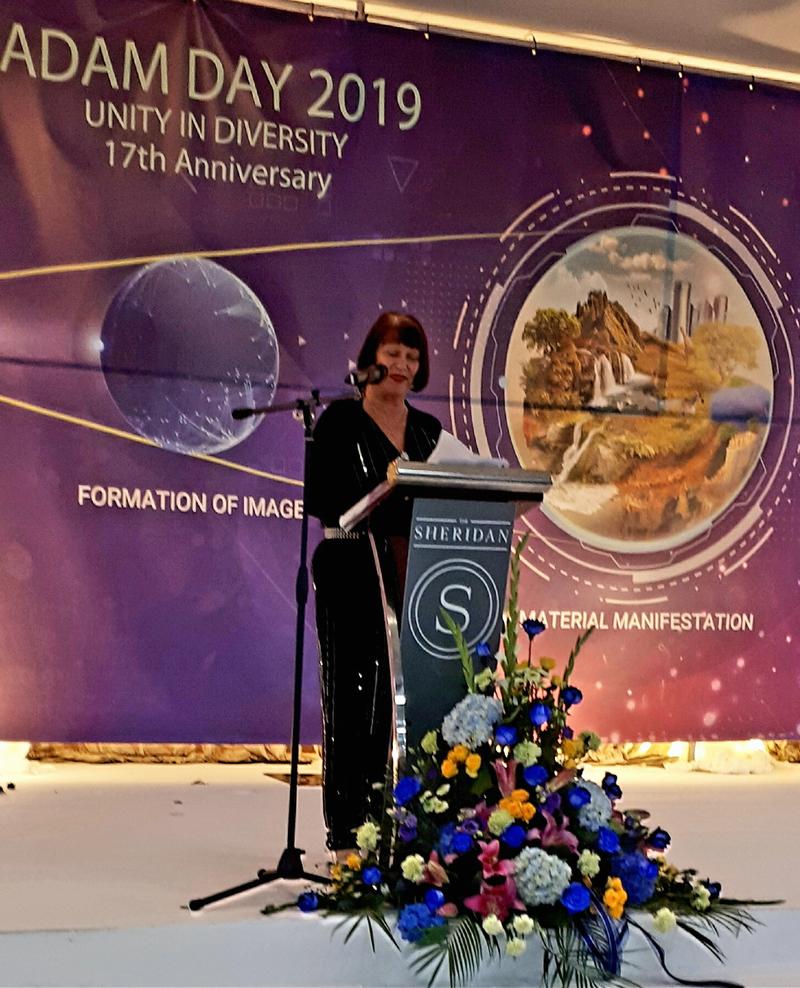 Below from left to right: 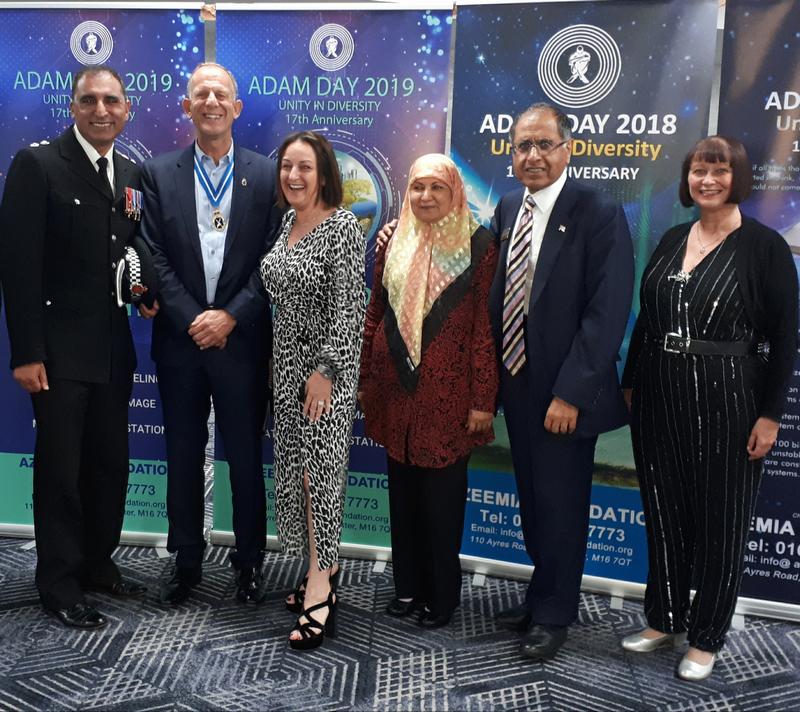 Finally a group photo of some of the speakers, organisers, performers and VIP guests. 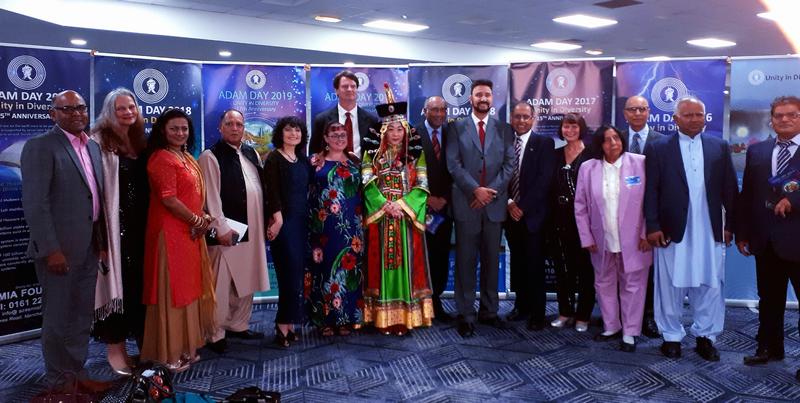