70 Righteous Muslims who saved Jews in the Second World War

The Forum held an Event at the Manchester Jewish Museum entitled "70 Righteous Muslims who saved Jews in the 2nd World War". Eighty people attended  including the Lord Mayor of Manchester, Cllr Mark Hackett. They were treated to an enlightening presentation given by Esmond Rosen and Fiyaz Mughal OBE who have produced a booklet on this topic. They were introduced by the Co-Chairmen of the Forum, Cllr Afzal Khan CBE and Jonny Wineberg.

The booklet “The Role of Righteous Muslims” edited by Fiyaz Moghul OBE and Esmond Rosen can be downloaded free from the faith matters website and once on the site clicking the image of the book.

One of our members, Mohammed Amin, has made a small contribution to the book. The photograph at the top of page 19 of the plaque to mark the tree planted on behalf of the Hardaga family in Yad Vashem was taken by him when he visited Yad Vashem in January 2010.

The Lord Mayor of Manchester stated "This was a moving evening. I learnt so much about a subject I thought I knew a lot about, having looked at one of the stories featured at Yad Vashem and told in the book. Here were stories from Bosnia and Albania of human courage and resourcefulness by Muslims that helped save so many Jewish lives from Nazi Persecution, the whole world should know about and learn from "

Cllr Afzal Khan, Co- Chair of the Forum and a Former Lord Mayor of Manchester stated "Whilst we have all heard about the terrible events of the Holocaust, very little is known about these incredibly brave and courageous people who put their own lives at risk to save many Jewish lives. Both speakers were excellent and managed to shed new light on this dark part of human history "

Fiyaz Mughal stated that these stories of positive Muslim and Jewish interaction in these darkest moments of history indicated a common bond and link between people of the two faiths. He stressed the importance of these stories being told. Esmond Rosen recounted several stories including that of Ali Sheqer Pashkaj who risked his life to save Yeoshua Baruchowic. Out of the 70 Righteous Muslims who are honoured at Yad Vashem Holocaust Memorial Museum in Jerusalem, 62 were Albanians. Heather Fletcher, Secretary of the Forum, gave the Vote of Thanks. 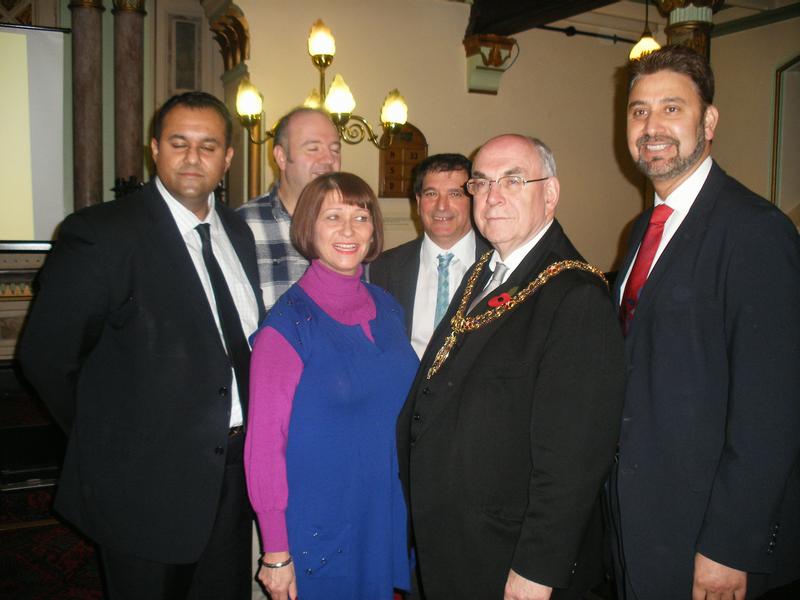