Holding the AGM in person was of course made impossible by the coronavirus pandemic, which made holding a physical meeting both unwise and unlawful.

The Forum’s Jewish Co-Chair, Councillor Heather Fletcher, read out the Directors' Report which noted that the Forum had organised eight diverse events in the year ending 31st March 2020.

These included annually recurring events such as the Iftar, picnic and kosher meal, together with the inaugural Migration Stories event and our annual “Loose Lawyers” event where this year the legal panel debated the cancellation of British citizenship.

The financial accounts for the year were presented by the Muslim Co-Chair, Mohammed Amin who is a chartered accountant. The Forum's Founding Co-Chair, Afzal Khan CBE MP, was also in attendance.

Like many companies formed in the past (in this case, 15 years ago in 2005), the Forum’s Articles of Association did not permit the holding of electronic meetings. However, in the Corporate Insolvency and Governance Act 2020 Parliament allowed all companies to hold electronic general meetings until 30 September 2020 (now extended to 30 December 2020.) That is the reason this AGM was held before the end of September!

To give itself flexibility in the future, at the AGM the Forum amended its Articles of Association to give itself the power to hold electronic meetings whenever it wishes to do so, even after the current statutory permissions expire.

The photograph below shows a screenshot of some of the participants. 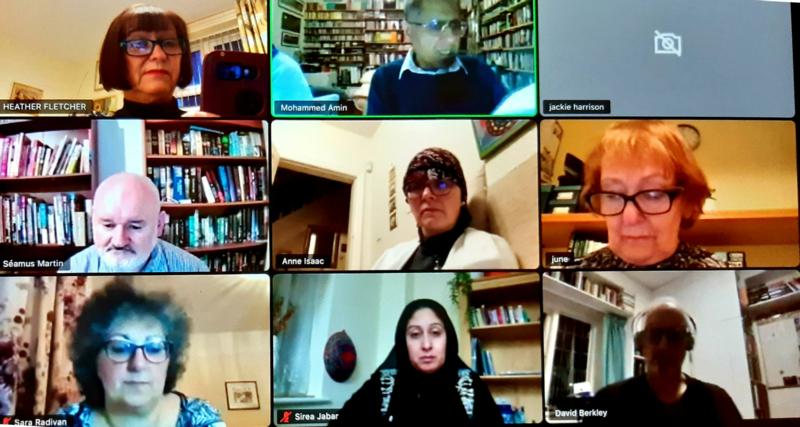