Several members of the Muslim Jewish Forum Executive attended the commemoration of Adam Day on 10 August 2013. The event is organised each year by the UK arm of the Azeemia Foundation. The purpose of the event is to bring people together to reflect on mankind's common descent from Adam.

Heather Fletcher gave an address as a member of the Jewish Community, while Cllr Afzal Khan CBE spoke from the Muslim Community. Several other members of the Executive also attended without speaking from the platform.

Before I read out a poem which I have written for this 11th Adam Day, I would like to say something about the Jewish concept called the Mitzvah.

In its primary meaning the Hebrew word Mitzvah, or the plural Mitzvot, refers to the commandments given by G-d to Moses on Mount Sinai. In total 613 commandments were given, 365 negative ones and 248 positive ones.

In its secondary meaning the word Mitzvah refers to a moral deed performed as a religious duty and it is also used to express an act of human kindness or good deed and that is what I would like to talk about.

In recent years a “Mitzvah Day” has been established which takes place in November.

I am the Secretary of the Muslim Jewish Forum of Greater Manchester which was Co- founded by the late Henry Guterman and Cllr Afzal Khan in 2005 to develop social ties between Muslims and Jewish people in our area. In the past eight years we have organised many events ranging from picnics, Eid parties and football tournaments to Lawyers meetings.

However, the event that I felt was the most worthwhile occurred on Mitzvah Day on 18th November 2012. On this occasion, 12 members of our Forum stood outside a north Manchester supermarket and requested shoppers to donate an extra tin or other food to our food collection. Thanks to the kindness and generosity of the shoppers around £600 worth of food was collected which we subsequently distributed to local Christian charities for the homeless.

I think that this is a good example of how our Jewish and Muslim volunteers and all the shoppers of many diverse faiths united together to perform this Mitzvah to help those less fortunate than ourselves.

In Islam there are concepts similar to the Mitzvah such as an Amir Bill MAROOF or Khair and the Hindu, Buddhist and Sikh faiths have a DHARMA. The world would be a better place if everyone carried out just one Mitzvah each day to help someone.

Finally, I would like to thank the organisers of this Event for putting on yet another excellent ADAM DAY and getting so many people of diverse faiths and cultures together to enjoy the evening - they have  performed a Mitzvah in uniting us all here tonight.

Heather then read out a poem she had written for Adam Day.

D is for Declarations of faith, trust and love

A is for Abbey, which is a place of worship like a Shul, Mosque or Temple, where many go and pray

M is for Marvels of nature such as rugged coastlines, cascading waterfalls and the sun’s piercing ray.

D is for Diversity, which creates a colourful tapestry and enriches our life

A is for Adam, the parent of the human race, along with Eve, his wife

Y is for Yesterday, it is from our past that we have important lessons to learn

But we should live for today and then  to the future we must turn.

Add these letters together and see what they say

This occurs on the 10th August every year without fail

When all faiths and cultures come together and harmony does prevail.

So after all the speeches, we shall go to the buffet and enjoy a traditional feed !

It is my honest belief that life is not about  bigotry, intolerance, conflict and causing an affray

But life is about understanding, peaceful co- existence and all faiths uniting to celebrate ANOTHER AMAZING ADAM DAY!

The photograph below shows, left to right: Afzal Khan, Mr Ashit Kumar Sinha who spoke from the Hindu community and Heather Fletcher. 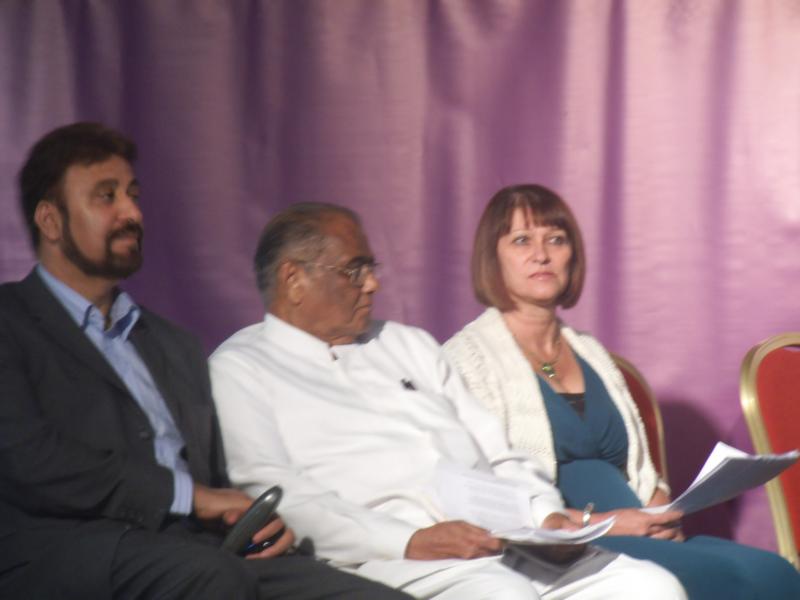