Some of our members attended Adam Day on 10 August 2014. The event is organised each year by the UK arm of the Azeemia Foundation. The purpose of the event is to bring people together to reflect on mankind's common descent from Adam.

Our Company Secretary Heather Fletcher gave an address as a member of the Jewish Community, while past Co-Chair Afzal Khan CBE MEP spoke from the Muslim Community. Both of their speeches are reproduced below with their permission, along with photographs of them speaking.

CHARITY is a fundamental part of the Jewish way of life. The Hebrew word for charity is TZEDAKAH. This word literally translated means justice or righteousness but it is commonly used to signify charity. The prominent medieval Spanish Jewish philosopher and Torah scholar Maimonides listed 8 levels of giving charity. He stated that the highest form of charity was to give a gift or a loan which would result in the recipient supporting himself instead of living upon others and the 2nd highest form of Tzedakah was to give donations anonymously to unknown recipients. The lowest form was to give charity begrudgingly.

Giving charity or Tzedakah is seen as a religious obligation which must be performed by all Jewish people regardless of financial standing. It is customary for Jewish people to give a percentage of their net income to charity annually .Special acts of Tzedakah are performed at weddings when both the bride and groom make charitable donations. At the festival of Passover, it is traditional to welcome needy people to join the Passover commemorative Seder meal and at Purim it is considered obligatory for every Jewish person to give gifts of food to two poor people. It is also customary for Jewish people to give charity at Jewish New Year.

It is important to note that giving charity is one of the three acts that gain Jewish people forgiveness from sins. In Islam there is Zakat, which is the obligatory giving of charity and Sadaqah which is the voluntary giving. I found a hadith which states “Sadaqah extinguishes sin as water extinguishes fire”, which is identical to the Jewish view that giving charity can absolve you from sin. Similarly, it is customary for Muslim people to donate a percentage of their net worth annually to charity and giving charity is one of the 5 central pillars of Islam and some Rabbis considered giving charity as the highest of all commandments. Giving charity is fundamental to living a good Christian life and in Hinduism philanthropy brings fame and recognition to the giver in this life and the next.

As all faiths share a belief in the merit of giving charity in quite similar ways, it is another way of showing that we may be diverse in many ways but we can share similar common values.

Earlier this year, I appeared with 10 others in a comedy show in which we all had to do a 5 minute comedy routine. We had to obtain sponsorship and also sell tickets to the public see us perform. We managed to sell 500 tickets and in total we raised £13,000.00 for the Manchester Jewish Social services and Care Home in Prestwich. This shows that you can have a lot of fun raising money for charity and at the same time help the needy and less fortunate around you.

I hope you all have more fun later this evening enjoying each other’s company, sharing food and values and uniting in our diversity.

Yet another amazing Adam Day

A is for ADAM who was the very first man created on our earth
D is for Dangers of all kinds which have been around since his birth
A is for the Almighty, the most powerful one and our creator who looks after us all
M is for the Miracles, which he made, happen from Noah’s Ark to the fall of the Berlin Wall

D is for Diversity; we must celebrate our diversity and respect every other faith and creed
A is for Altruistic, which is a far better quality to have than greed
Y is for the Jewish Yom Tov, which is so similar to the Muslim Eid

We must acknowledge each other’s differences and be tolerant all the time. And learning about each other’s faiths and cultures is truly sublime. So look at all these letters and you will see what they say. We must all celebrate as one large family in a very special way. Enjoying unity in our diversity at YET ANOTHER AMAZING ADAM DAY. 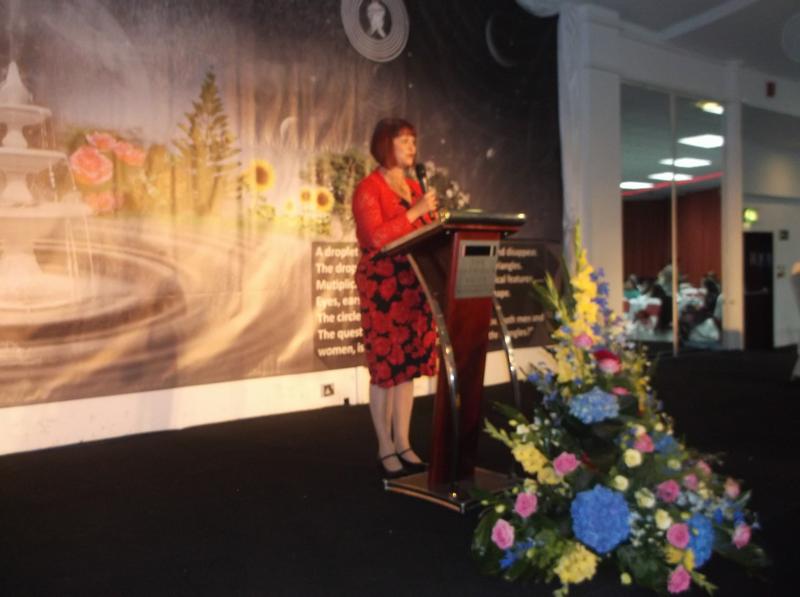 I’d like to begin by thanking the organisers of tonight’s event for hosting such a remarkable initiative for the last 13 years. One that is getting more and more popular.

Adam is a historical figure that unites us all, being, as most people know him, the father of all humanity. To remember our common beginning at a time when humanity is divided, hurt and lost is a very powerful way to bring us all back together again.

For the fact remains true, that the root of our diversity is one and, though we are all different, we are all equal. Our differences are what make the human race beautiful – it shows that from just one seed, a wealth of life, culture, language, race and civilisation has come about. Our equality is premised on the fact that, amidst so much diversity, our hearts are, yet, one and the same.

This is the miracle of human life and this is why the Qur’an tell us: O humanity, truly We have created you male and female, and have made you into nations and tribes that you may recognize one another (Qur’an 49:13).

But in order to preserve this miracle, we all have a responsibility towards each other. Unfortunately, difference, for some, means fear, hate and aggression. It is important that we learn to understand each other and, through this, bring about tolerance and acceptance. This is a two way process in which we all have a responsibility to take a step towards the other. It is important that we do not judge other groups rashly, especially by the actions of a minority within those groups, and instead work with the majority who are peaceful to strengthen our common cause for good.

As a Turkish Philosopher once stated, ‘Never in the history of Humanity have bad people been in the majority. Those who are bad have never been bad the majority of the time.’

And yet there are forces out there who would like us to believe otherwise and sow the seeds of hatred between us.  The recent rise of far right racist groups such UKIP, the BNP and the EDL are a sad testimony to this.

Our media culture does not help either, as it is more about selling their papers, either by hook or by crook, than it is about real news.  It is not interested in conveying the truth of events but in sensationalising them, often grossly over-simplifying them, so as to create, feed and appeal to a crude popular culture. Ultimately, this media culture is one of greed and not of need. The media is a culprit that must be stood up to for it has stood on the front-line in promoting racism, prejudice and particularly Islamophobia in recent years.  It’s next target could be anyone.

We must not let these forces undermine our efforts to bring peace, togetherness and justice and stand together to combat them.

There have been efforts throughout history to unite humanity on good causes.  We see this in our Prophets Adam, Noah, Abraham, Moses, Jesus and Mohammad, Peace be upon them all.

We see this in famous leaders such as the late Nelson Mandela and Martin Luther King, who taught us all to make our dreams come true.

We have seen this in our very own City, Manchester, which has shone a beacon of light for all hoping for peace.  There are 200 different languages spoken in Manchester and it is home a wide array of different faiths and cultures including Irish, Chinese, Jewish, West Indian and Asian.   Each year this diversity is celebrated through events such as  St George’s Day, the St Patrick’s Day Parade, the Summer Mela, Women’s International Day, VE Day, and of course, Adam Day, to name but a few.

Inter-faith dialogue is advancing in Manchester with some 30 different multi-faith groups working together to achieve better understanding, togetherness and cohesion.

All of these efforts – by our Prophets, our famous leaders, our local communities – have together overturned the apartheid system in our countries and in our communities.

Let us now move a step further to overturn the apartheid in our hearts by heeding the words of one of the greatest and most revolutionary men in history, the Prophet Muhammed, who said 1400 years ago:

Please keep up the good work and thank you for inviting me. 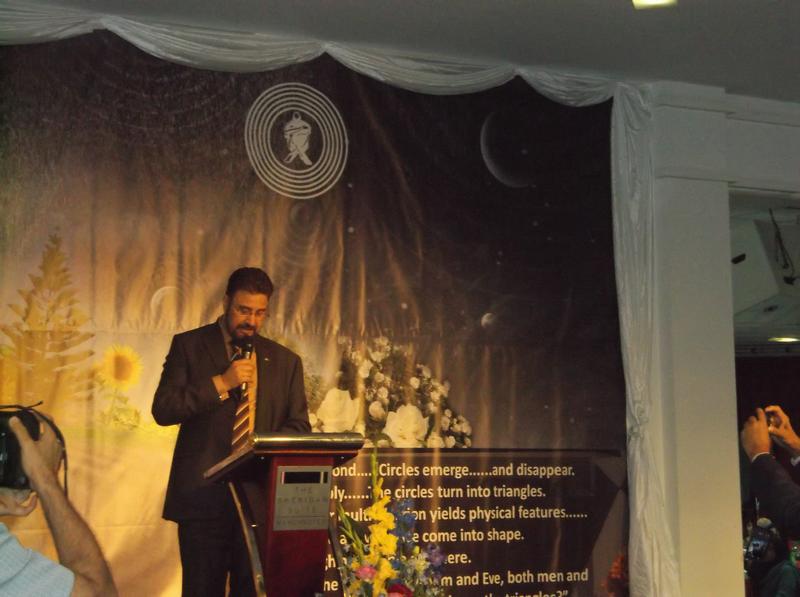