On Sunday 17 September, over 20 members and friends of the Forum, including several first-time attendees, enjoyed an excellent meal in a very friendly, cordial atmosphere at Al Maidah Banquet Hall and Restaurant in Manchester.

The Forum was co-founded in 2005 by Afzal Khan MP and the late Henry Guterman. In the past 12 years, over 100 diverse events have been organised. Almost every year since formation, the Forum has held both a traditional Jewish meal at a kosher restaurant and a traditional meal of Asian food at an Asian restaurant. We believe that sharing a meal out together is an excellent way to socialise, get to know one another and learn about each other's cultures.

This year, a regular attender at Forum events, Cllr Rabbi Arnold Saunders, was honoured with a large kosher cake to recognise his achievement on being elected as a Councillor to Salford City Council earlier this year. He was both surprised and delighted.

Rachel Eberling, who was attending her second Forum event stated "I had a wonderful evening, lovely food and great company. I met some wonderful people and I am so glad that I came."

Seamus Martin said "This was a very enjoyable evening with people of Jewish and Muslim faiths from a wide variety of backgrounds. I renewed old friendships and forged new ones."

Below is a group photo of some of the participants. 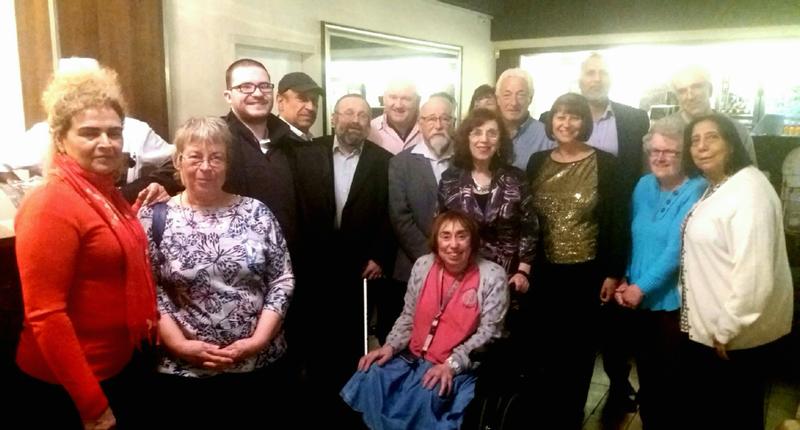