Fifty people attended the Muslim Jewish Forum's second Business Networking Event on Monday 27 February 2012 which was held at the Greater Manchester Fire Service's Training Centre. The gathering was addressed by the Manchester Evening News (MEN) Business Editor, Kevin Feddy, and his Business Section colleague, Shelina Begum, who is also the Editor of the Asian News.

Kevin spoke about his 20 years at the MEN, including a few amusing stories when being Jewish meant that stories came his way which would otherwise have been missed. He emphasised that there were still opportunites for businesses to prosper in today's economic climate, with innovation and identifying niche markets, in addition to looking after existing customers well.

Shelina spoke about her journalistic experience since joining the MEN as a trainee at the age of 19. She emphasised that being Muslim had never held her back in her 13 years there. She gave examples of stories she had written on Asian businesses that had thrived in recent years, including awards for the Authentic Food Company based in Sharston.

Amongst the participants were stallholders who exhibited a wide range of businesses which included acupuncture, Islamic finance, international law, utility discounts and photography.

There were many people who were attending their first  ever Forum event. One individual, who was unsure what to expect, stated "I was pleasantly suprised by how much I enjoyed myself tonight!" This was reflected in immensely positive feedback from the evaluation forms which indicated that that the event achieved its dual objective of building positive relationships and creating new business opportunities.

Cllr Afzal Khan CBE, Co Chair of the Forum stated "It was a wonderful event and a huge step in the right direction in not just helping the Muslim and Jewish communities but also helping to try and strengthen the economy of our region in this time of recession "

Jonny Wineberg, Co Chair, stated "We are thrilled by the response to this Business initiative which alongside our Lawyers and Accountants and Women's Groups endeavours to bring our two faiths closer together in mutual understanding and respect." 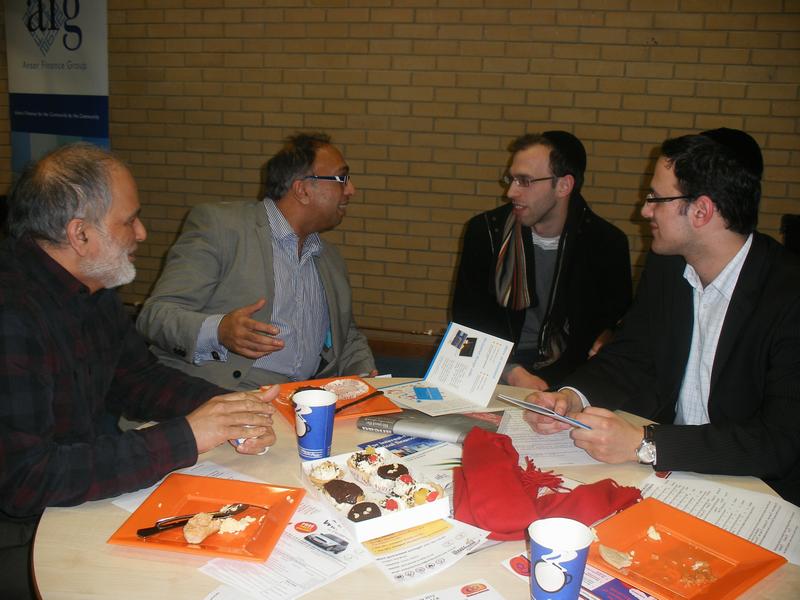