All faiths and cultures celebrated their diversity together at the Cheetham Festival in north Manchester at several social and educational events at different places of worship in the area. The weekend was brought to a close at the Manchester Jewish Museum with the final event of this 8th Cheetham Festival which had been organised by the Rev. Daniel Burton. Fittingly, at the Museum there was a 10th Anniversary Service to remember the victims of 9/11. This service was organised by the Faith Network for Manchester and was led by their Chairperson, Rev. Sally Thomas. Representatives of the Christian, Jewish, Muslim, Sikh and Hindu communities all spoke movingly and with optimisim at the service.

Cllr Afzal Khan C.B.E., Co-Chair of the Muslim Jewish Forum stated "This is an excellent way to celebrate our rich diversity. Hundreds of people have been enjoying and enriching their experiences. I believe that the time has come for this Festival to be rolled out to the entire city. Manchester has a rich tapestry of faiths and cultures, it is important that people have the opportunity to share this "

Jonny Wineberg, Co Chair of the Muslim Jewish Forum stated " For the Jewish community which lost 300 souls ten years ago, this is a day of mourning. We also mourn the many innocent Muslims and those of other faiths and creeds who lost their lives from this horror, we redouble our efforts to heal the world, to bring light from the darkness and hope from the despair. Our activities will continue to foster understanding and respect for our fellow human beings in all their diversity" 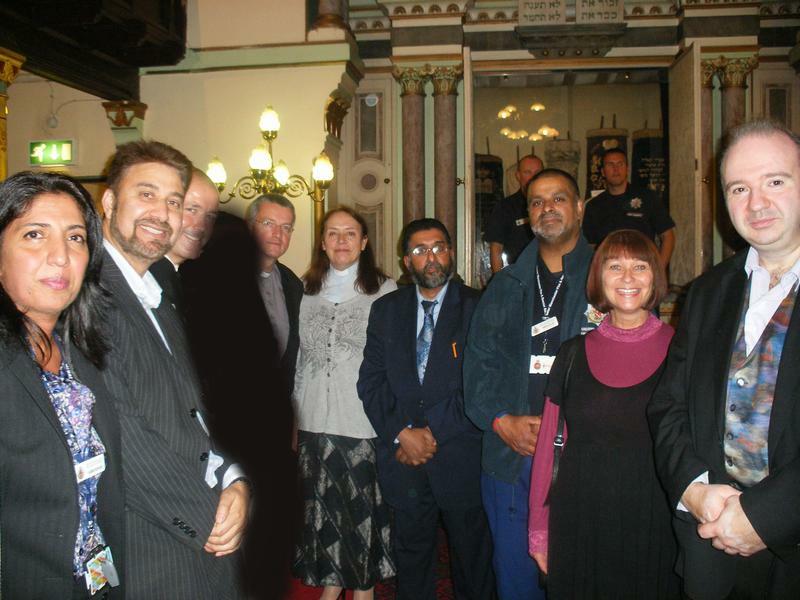