Our second big concert at the Ukrainian Centre - bigger than before!

We held our second “Big Concert” on Saturday 8 November at the Ukrainian Centre in Cheetham Hill, Manchester.

A capacity audience of over 120 people were entertained by three very different groups of artistes who reflected the cultural diversity of Manchester area.  The Ukrainian dancers started the evening with their energetic dancing and they were followed by Rumi's Circle with their more spiritual and thought provoking act. Finally, L’Chaim Kapelye, who were back by popular demand, took the stage. Many women and some men joined in dancing to the very lively and catchy traditional Jewish klezmer music played by L'Chaim Kapelye.

The evening was also a financial success and the surplus on the night will be split equally between two worthy local Muslim and Jewish charities who help deal with domestic abuse namely Saheli Asian Womens Project and Jewish Women's Aid.

Mohammed Amin, Co-Chair of the Forum stated "Social cohesion is built in many ways, large and small. This evening brought together an audience of Muslims, Jews, Christians and others to enjoy themselves with the entertainment, socialising, and of course wonderful cake!”

Jane Black, a Prestwich councillor and first time attendee, said "This was a really entertaining event, diverse in terms of both audience and performers. The energetic high kicking Ukrainian dancers, the reflective Rumi’s Circle and the klezmer music had us clapping, singing and tapping our feet all evening."

Below is a photograph of Rumi’s Circle performing. 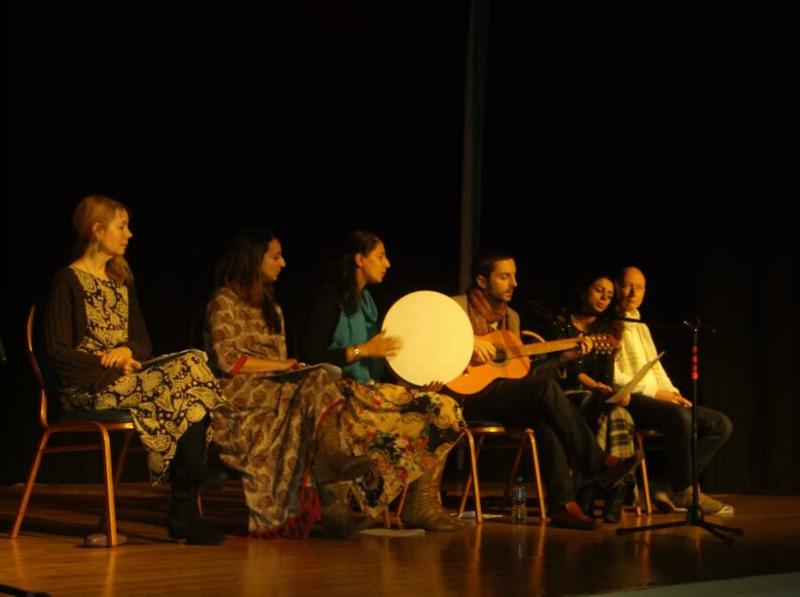