For many years, starting in 2009, members of the Forum have visited overseas locations where there is combined Muslim and Jewish interest. In chronological order the previous trips have been to Krakow (principally to visit Auschwitz), Granada, Marrakech, Dubrovnik, Paris, Brussels and Lisbon.

This year's visit was to Copenhagen.

Denmark has a small (about 8,000 members according to the Copenhagen Synagogue website) but vibrant Jewish community, and has a proud record of helping Jews escape from the Germans during World War 2 as recounted on the BBC website. The BBC story mentions the Melchior family, focusing on Bent Melchior who followed his father in becoming Chief Rabbi of Denmark. A few years ago, our Co-Chair Mohammed Amin met another member of the family, Michael Melchior, who was Chief Rabbi of Norway. Another member of the family, Jair Melchior, is the current Chief Rabbi of Denmark.

Denmark also has a relatively new but growing Muslim community. The Wikipedia page Islam in Denmark mentions a number of different estimates of the Danish Muslim population. The CIA World Factbook gives an estimate of 4% out of a population of 5.6 million, so about 225,000 Muslims.

There have been some tensions, for example the 2006 Danish Cartoons controversy. In February 2015 two people were shot dead by a terrorist, Omar Abdel Hamid El-Hussein, who apparently supported ISIS. In response, a few weeks later, over 1,000 Muslim formed a peace chain around the synagogue, as shown in these photographs.

This year's Forum group was comprised entirely of Muslims from the Executive: Mohammed Amin, Tahara Amin and Qaisra Shahraz. Sadly both of the Jewish members who had booked to go on the trip, Co-Chair Heather Fletcher and June Rosen, were unable to do so for sudden personal emergencies.

Some of the places they visited are shown in the photographs below.

The Great Synagogue of Copenhagen 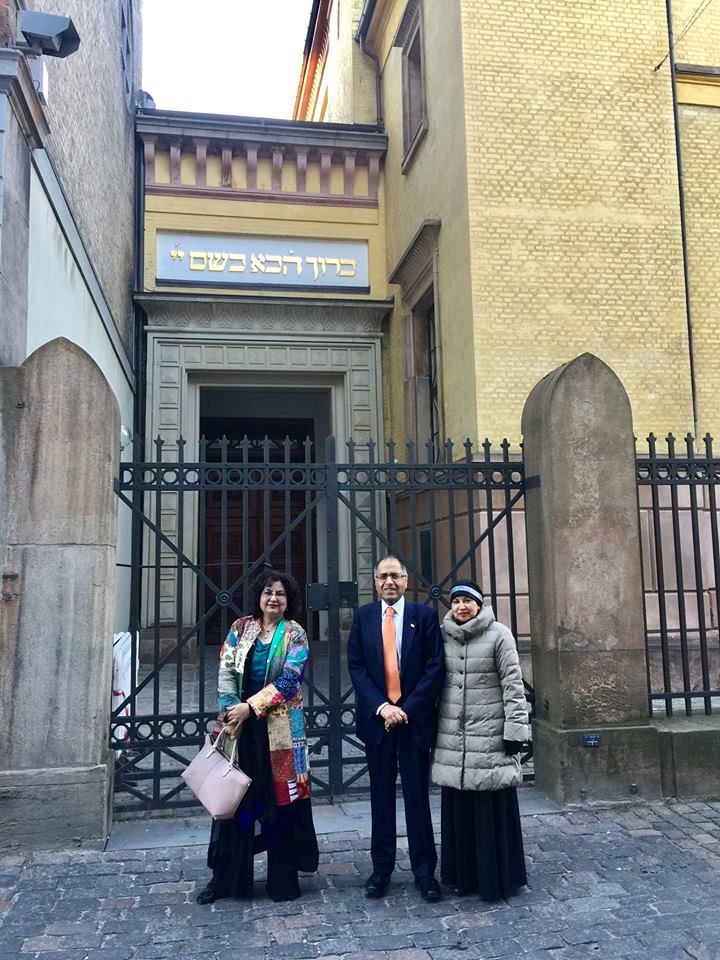 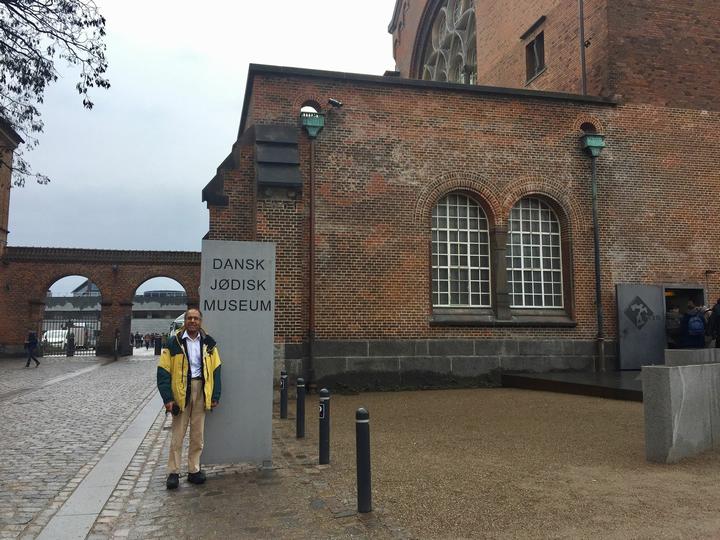 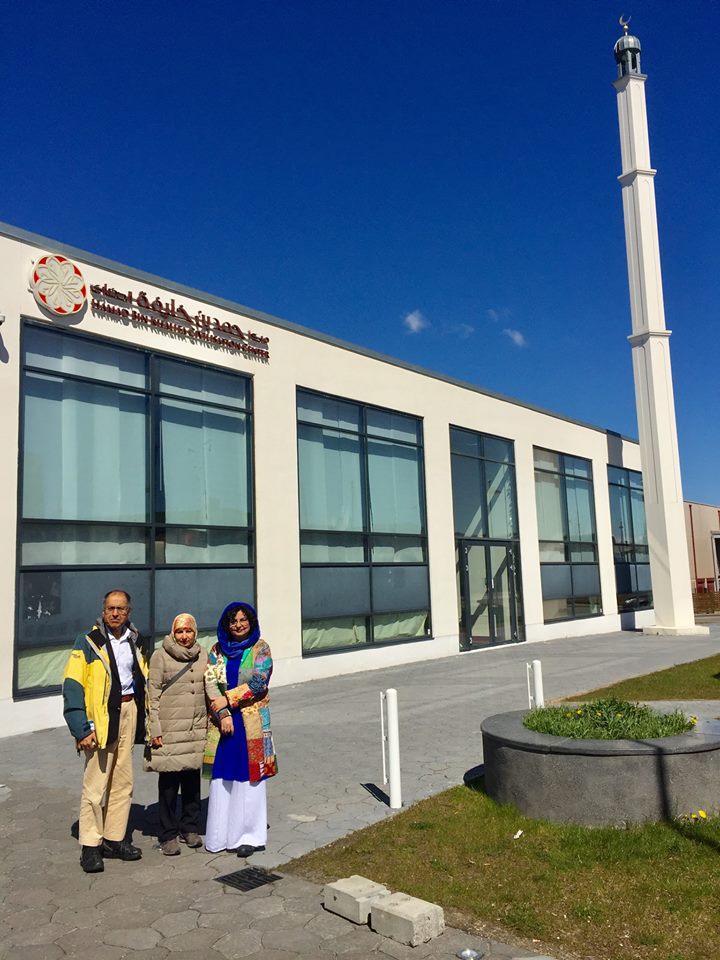 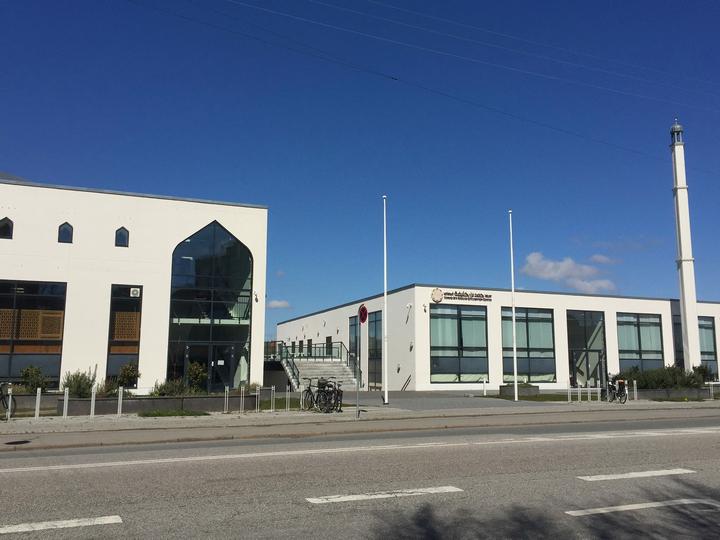 Qaisra Shahraz is a published author, and was invited to take part in a book reading event. 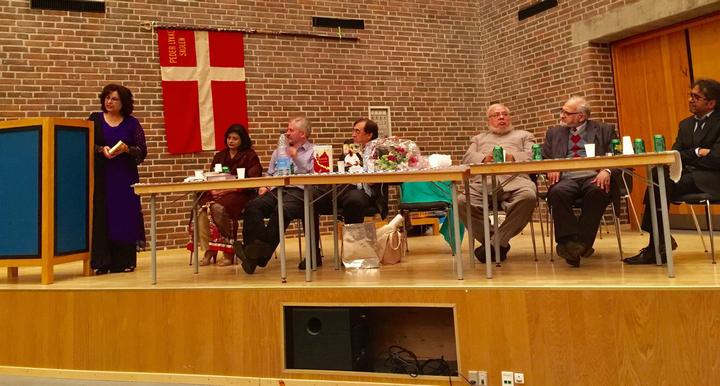 She also used the opportunity to spread our unity message as she took the #SpreadHummusNotHate banner with her. 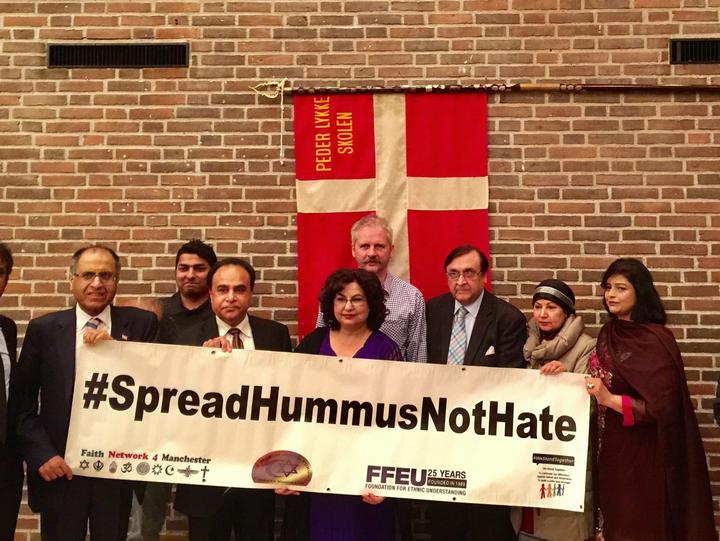 It was not all "work" and the trio managed to do quite a lot of sight-seeing. Mohammed Amin has selected just two photos, reflecting his interest in Denmark's wide intellectual contribution to European culture: 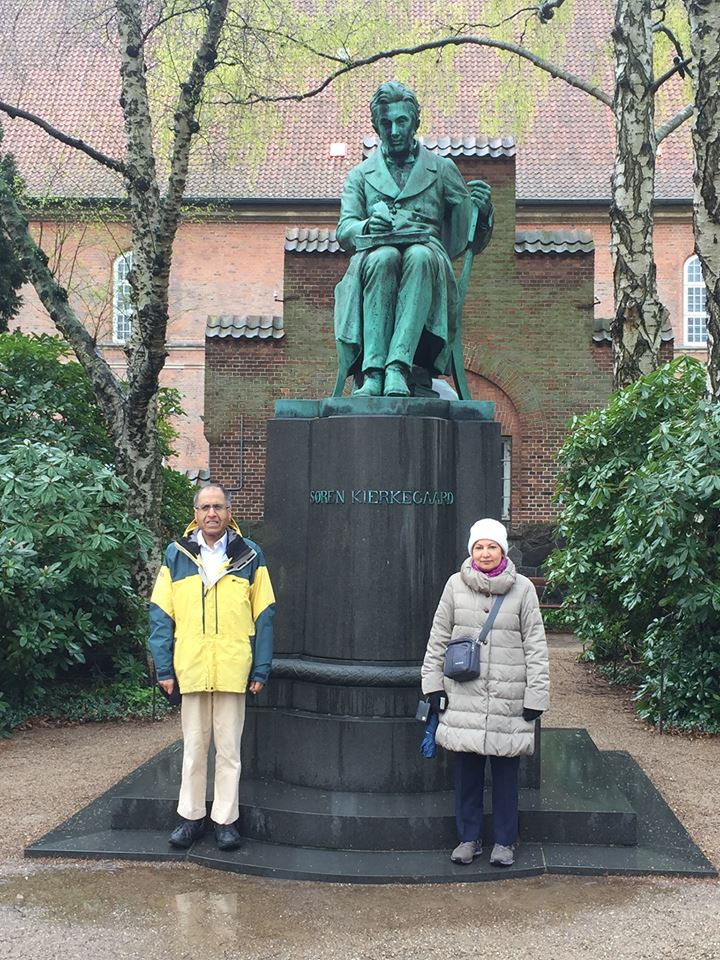 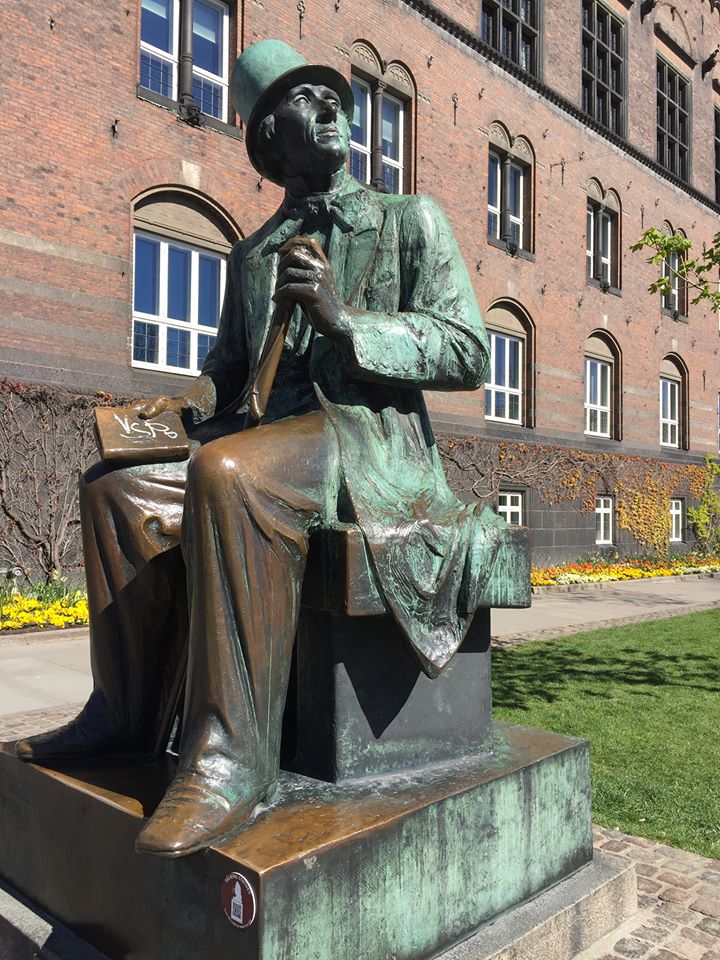