Twelve members of the Forum held a food collection outside the Tesco supermarket in Cheetham Hill, North Manchester. Shoppers were asked to buy an extra tin, cereal, rice or other dry good to donate to homeless people and refugees in Manchester via the Booth Centre and the Welcome Project.

The Forum held this event to coincide with World Mitzvah Day (Good Deeds Day), the start of UK Inter-faith week and also the Muslims' and Jews' International Weekend of Twinning. The theme of this year's Weekend of Twinning is "Muslims and Jews Feeding the Hungry together" and the Forum has been doing just that. 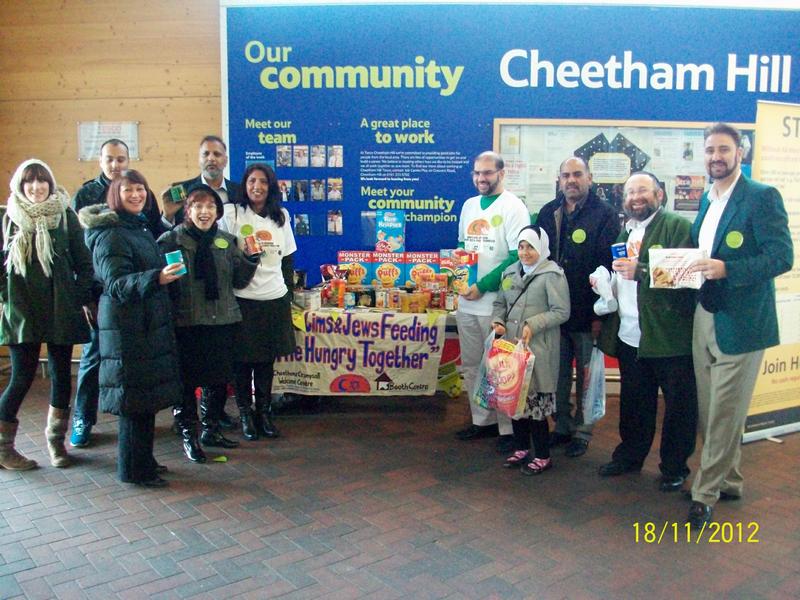