The officers of the Muslim Jewish Forum of Greater Manchester are chosen by the Executive Committee which is elected by the members of the Forum at the Annual General Meeting.

Yesterday the Executive Committee that had been elected at the Annual General Meeting met at the Manchester Multifaith Centre to choose the Forum's Officers.

Heather Fletcher thanked Jonny Wineberg for his hard work in the past seven and a half years as the Jewish Co-Chair. She also stated:

"I have worked very hard for the past 9 years as the Company Secretary and I am pleased that you have given me this chance to be Co-Chair. I intend to work even harder in my new role to ensure that our Muslim Jewish Forum achieves a greater profile and continues to flourish by expanding  in numbers and  further cements the close ties we have already developed between our two communities here in Greater Manchester. In the light of recent events, it is now even more important that we show that Muslims and Jews have many similarities and live together very harmoniously in our city"

Below is a photo of Mohammed Amin , Heather Fletcher, Tahara Amin and David Lewis. 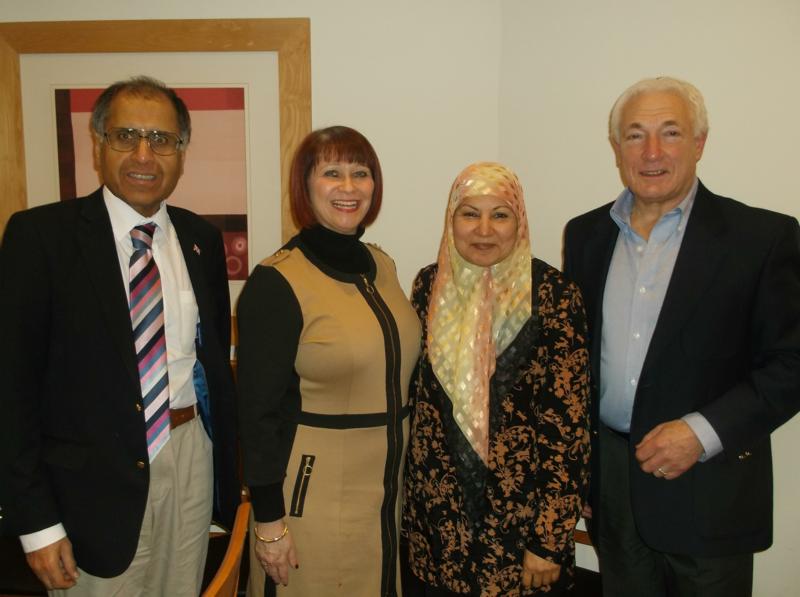