The inscription on the award reads:

“Achievement Award
In recognition of your valuable contribution for community work in Greater Manchester
Presented by
R.C. Entertainment  & PRIDES”

The presentation to Heather was made jointly by the Lord Mayor of Manchester Cllr Abid Chohan, and Afzal Khan CBE, MP for Manchester Gorton who was our Co-Founder.

25 years ago, Heather and Afzal Khan were rival solicitors in Cheetham Hill. They became better acquainted when Mr Khan co-founded the Muslim Jewish Forum in 2005 and Heather became a founder member. Mr Khan encouraged her to become involved in community work and later to seek election as a local councillor in Salford. Accordingly, it was fitting that he should present the award.

Heather spoke about the important role in society played by women who choose to stay at home to look after their family, and the sad fact that such "home makers" are very often undervalued.

"I was thrilled to win this award and be recognised by the Muslim community with whom I have worked closely for the past 15 years through my work with the Forum. It was even more exciting as it was totally unexpected.

I hope to continue doing such worthwhile community work for as long as possible to help the Muslim, Jewish and all other communities come together in our area.

I would like to thank both Razia Choudhry and Kashif Ali and their awarding organisations for thinking of me and rewarding me in this way. I feel very honoured and proud."

Below are two photographs 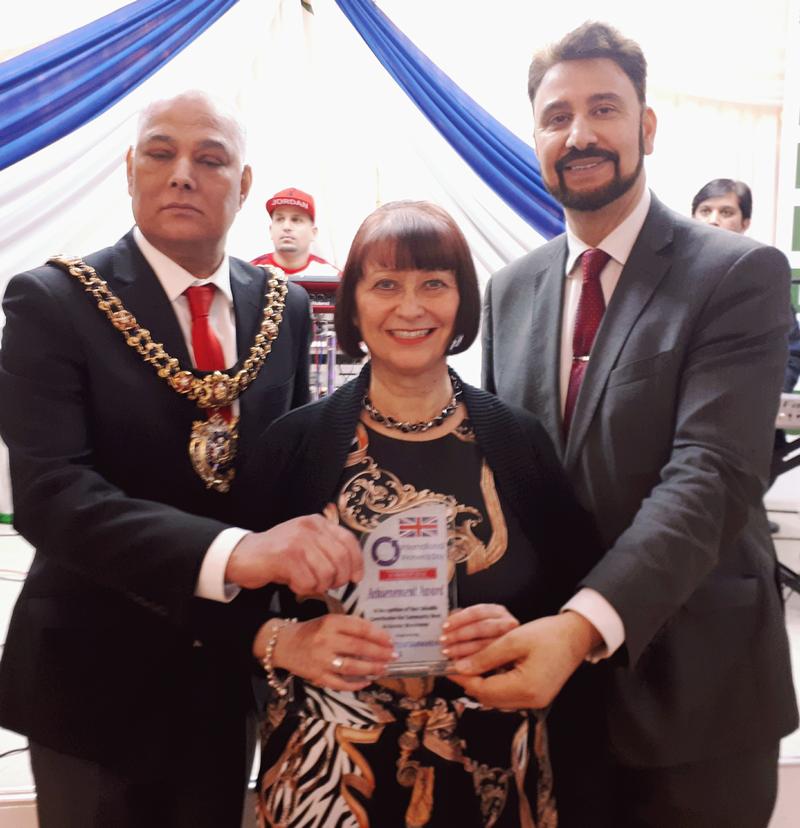 A close-up of the award trophy so that the inscription can be read. 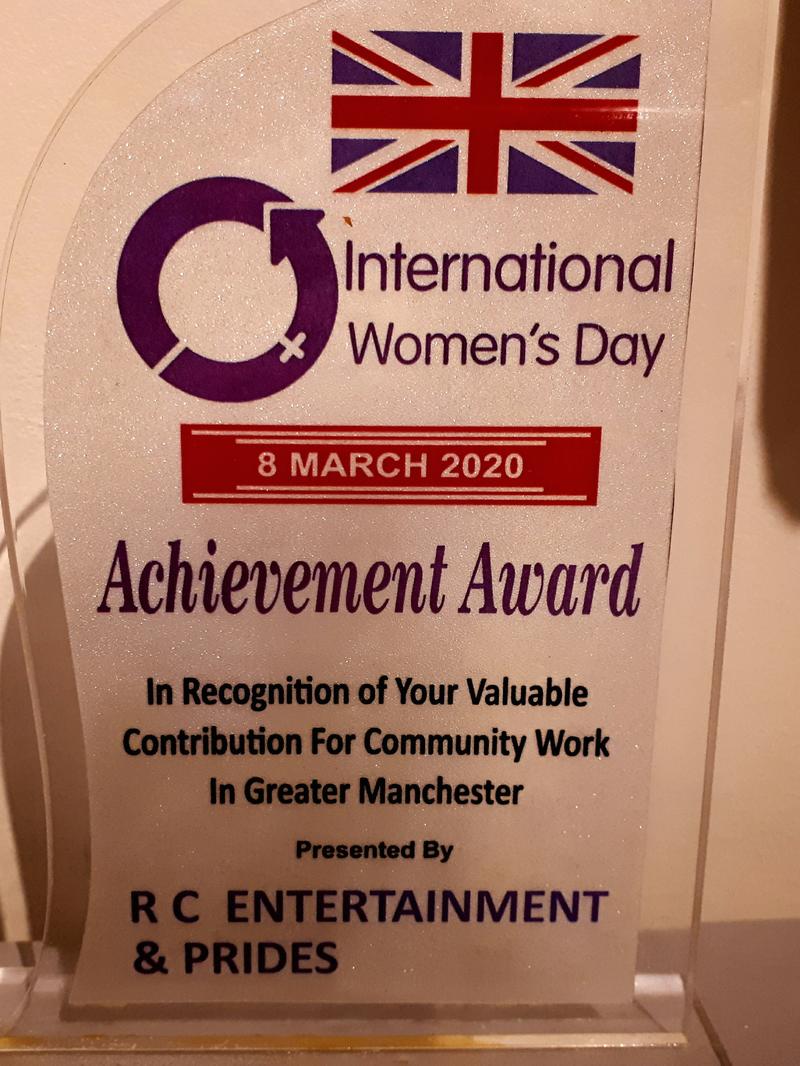