On Sunday 6 July Faith Network for Manchester (FN4M) and the Muslim Jewish Forum of Greater Manchester hosted a multi-faith iftar at the Manchester Multifaith Centre on Thompson Street in Manchester’s city centre. An iftar is the meal eaten at the end of a day of fasting during the Muslim holy month of Ramadan.

Sixty people of all faiths and none attended the event.

At the start of the evening, short speeches were delivered about fasting in several religions.

Our Co-Chair Mohammed Amin reminded that participants that the event was free to attend, and being poaid for by some donors were determined that there should be no net cost to the Muslim Jewish Forum. To share the burden, he asked people for donations if they felt able to give. A number of donations were received on the night in addition to those previously pledged.

As soon as the Ramadan fast ended at 21:38, people were treated to an extensive kosher buffet and Asian vegetarian buffet. The evening was marked by a great deal of social interaction as each table had a mixture of people from various religious backgrounds and none.

Rev Bob Day, Chair of FN4M stated "I am really pleased that we could share food, fellowship and understanding so generously in an inter faith context. Forming genuine relationships will help us to work even more closely together in the future."

Mohammed Amin stated “Mutual understanding  is achieved one person at a time. That is why it is so important for the Muslim Jewish Forum to bring people together in a relaxed environment where they can get to know each other.”

Heather Fletcher, Secretary of the Muslim Jewish Forum stated "I found it so interesting hearing about the different religions' perspectives on fasts. The atmosphere was buzzing throughout the evening and it was also so good that there were some new faces attending the event"

The photograph below shows some of the organisers and early bird arrivals with a mixture of Muslims, Jews, Christians and Baha’i. 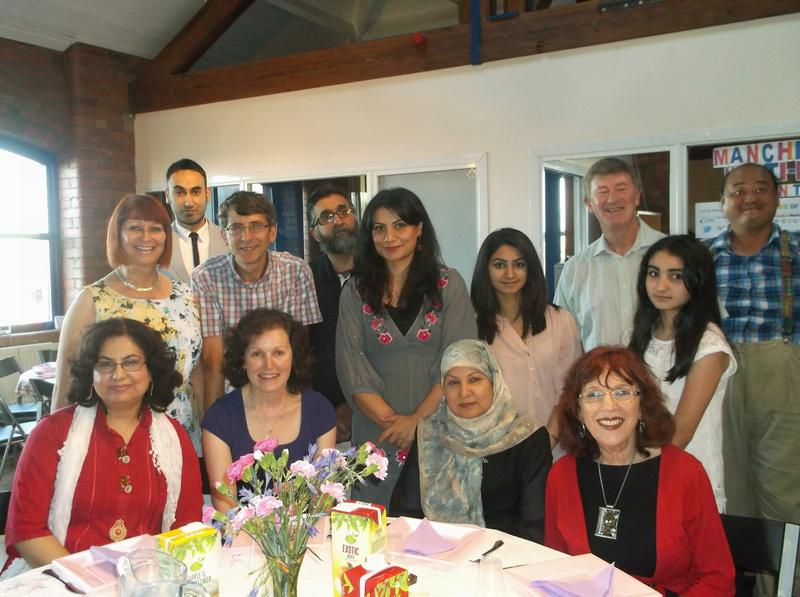