We held our Fifth Inter Faith Picnic in Heaton Park on Sunday 17 July 2011. In several previous years the picnic has been rained off, so we had planned for the risk of rain. Despite the torrential weather, 25 people attended and we held the picnic within the confines of the Lakeside Cafe!

Undeterred by the weather, the enthusiastic crowd, whose ages ranged from 5 to 65, shared smoked salmon sandwiches, fish balls, falafel and onion bhajis. First time attendee, Hilary Herman stated "It was an enjoyable experience, I spoke to some familiar people and spoke to many new people".

Our Secretary, Heather Fletcher stated "I was amazed that 25 people turned up, I think that we would have had three times this number had the weather been kind to us for once ! Accordingly, we have decided to hold another "end of summer picnic" also at Heaton Park on Sunday 18th September". 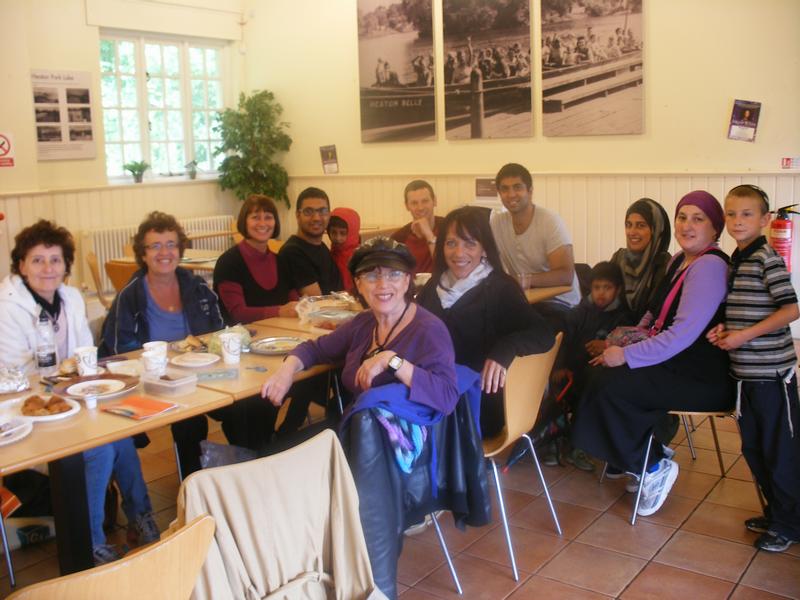