On Sunday 23 July, we held our annual picnic in Platt Fields Park, Fallowfield, Manchester. This coincided with the Manchester Mega Mela (a south Asian festival) which was also held in the park that weekend.

The attenders included several young children with their parents. The participants brought and shared their own plentiful and varied food which included kosher pakoras (a testament to multicultural Britain!) and fish balls, home-made celery salad, as well as the more usual sandwiches, pitta bread, hummus, and fruit.

There was a warm, friendly atmosphere enabling much conversation with people getting to know each other better. Fortunately, the weather remained dry throughout!

Martyn Fyne, who was a founder member of the Forum, came along with his two young daughters Emma and Lia. He said "We try to make it to the picnic every year and once again we had a great time. Delicious food and good company.”

Afzal Khan CBE MP, the Forum's Co-Founder, whose Gorton constituency includes Platt Fields Park, said "I had a wonderful time at this year's annual MJF picnic. This event gives us the opportunity to not only share food from different cultures but also creates dialogue and interfaith learning. I would like to thank the Forum's Co-Chairs, Cllr Heather Fletcher and Mohammed Amin for organising another great event."

The picture below shows some of the food and includes, from left to right: 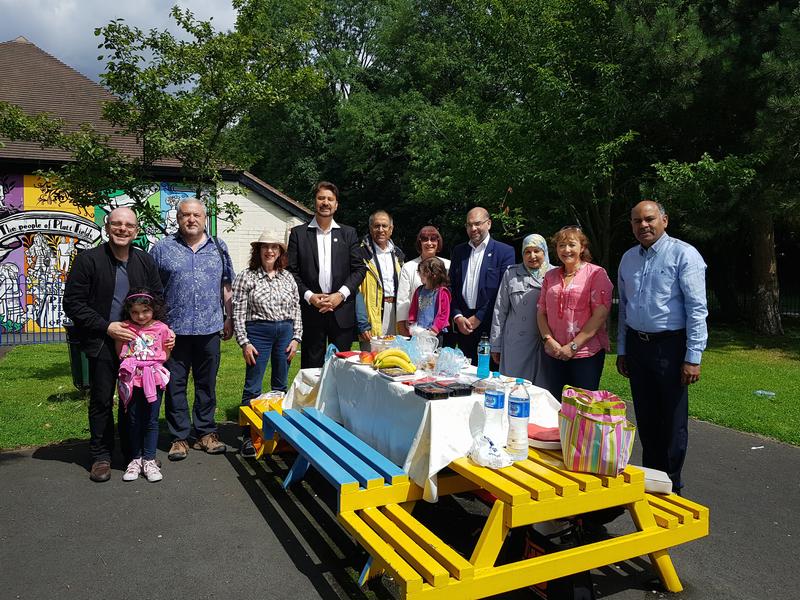