On Sunday 18 January, members of the Forum enjoyed our annual kosher meal out at JS Kosher Restaurant in Prestwich. The 22 diners included the Forum’s guests: the Mayor of Bury Cllr Michelle Wiseman, and the Mayoress, Danielle Wiseman. There was a very convivial atmosphere as the diners enjoyed their meals.

To add to the excitement, BBC cameras filmed the meal and several of the guests were interviewed for the BBC1 "The One Show" which was transmitted at 7pm on Monday 19 January and is available on the BBC iPlayer for 30 days afterwards. The BBC filmed the event as a positive feature to show how Muslims and Jewish people mix together harmoniously notwithstanding the recent tragic events in Paris.

There were several first time attendees including Shelly Rubinstein and her husband Michael who is Hon Secretary of the Jewish Representative Council of Greater Manchester and Region and Chair of their anti-Semitism & Human Rights Committee.

Shelly Rubinstein stated "I spent a relaxed evening chatting about books and films that we shared and enjoyed. I particularly enjoyed speaking to the novelist, Qaisra Shahraz, and we discussed Andalucia and the historical influence of the Jewish and Muslim communities on the food of southern Spain. It was a thoroughly enjoyable evening. Thank you to the organisers."

Below is a photo of many of the guests. 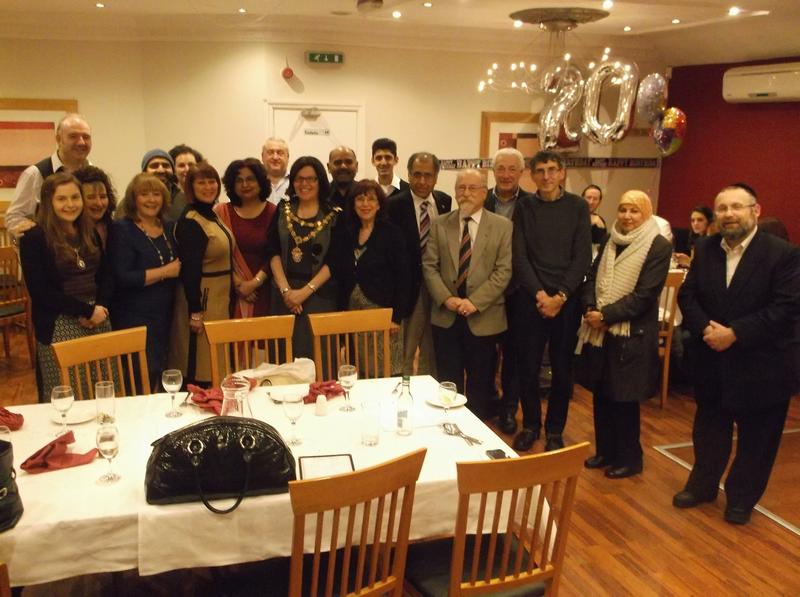