On Sunday 11 February 2018, members of the Forum gathered at Pagoda Chinese Restaurant in Whitefield to enjoy our annual kosher meal. It was especially appropriate to hold our annual event at a Chinese restaurant at this time as the coming week sees the start of Chinese New Year.

There were approximately 20 diners including Jews, Muslims, Christians and Humanists. The guests of honour were the Lord Mayor of Manchester Cllr Eddy Newman, who is Jewish, and his wife the Lady Mayoress Cllr Sheila Newman. There was a warm friendly atmosphere as the group enjoyed a delicious and plentiful Chinese buffet provided by restaurant owner Daniel Clayhills. The conversation flowed freely and some of the diners changed places between courses to ensure that there was even more interaction.

Attendee Gillian Cohn stated "As always the MJF kosher meal was a congenial and pleasant evening, good company and tasty food and interesting conversation. Well done to the organisers."

Forum Secretary Tahara Amin stated "This was a relaxing evening with people from many different backgrounds, Humanists and Christians as well as Muslims and Jews. Having kosher Chinese food broadens what I can eat in a Chinese restaurant, and Pagoda’s food was delicious.”

Below is a photo of the attendees at Pagoda including restaurant owner Daniel Clayhills. 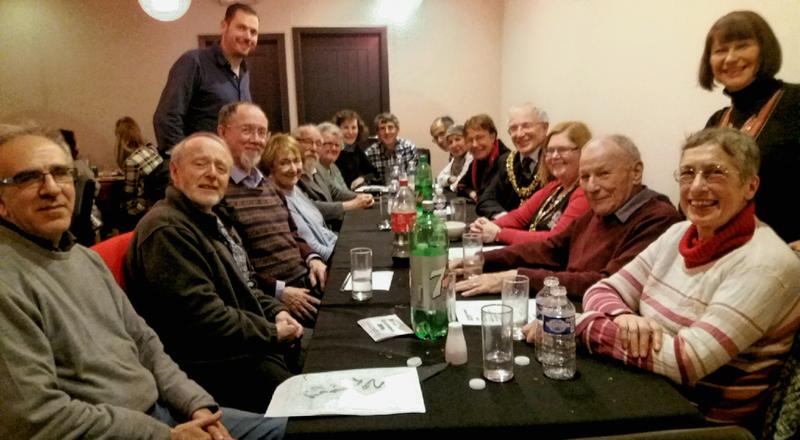