The languages of Manchester’s Muslims and Jews

On Sunday 14 November 2021 we learned from Yaron Matras about the languages of Manchester’s Muslims and Jews.

42 people, Jews, Muslims, Christians, and people of other faiths and none attended, showing the pulling power of the subject and the main speaker. Muslim Co-chair Mohammed Amin welcomed those attending and handled the technology, while the Jewish Co-chair Cllr Heather Fletcher was compere for the evening.

We had five speakers plus a vote of thanks. You can watch the recordings below.

As the link to his Manchester University page shows, he is an expert on language and society.

Looking at Manchester overall, the 2011 census reported that 17% of Mancunians had a “main language” other than English, and regular school censuses report 40% of pupils as multilingual. Professor Matras believed both figures to be under-reported.

Both Jews and Muslims have a liturgical language (one that is used for religious purposes) namely Hebrew and Arabic. Both are Semitic languages, and the further back in time one looks, the closer the two languages were to each other. Their scripts have been used to write many later languages of Jews and Muslims.

The spoken language of Jews in Central and Eastern Europe was Yiddish, a Germanic language, written in Hebrew script. Manchester has one of the world’s five largest communities of Yiddish speakers, mainly amongst Ultra-Orthodox Jews.

In the 2011 census, the largest language used in England & Wales after English was Polish, but in Manchester it was Urdu. However, the fastest growing language in Manchester is Arabic, and Professor Matras expects it to overtake Urdu when we get the 2021 census results.

After Professor Matras’s presentation, four members of the Forum shared their personal language journeys, addressing questions such as:

Councillor Andrew Walters of Salford who is Jewish said:

“Last night I attended my first ever event of the Muslim Jewish forum. And what an event it was! First, the subject matter - Languages of Manchester's Muslims and Jews - was a subject close to my heart. As a glossophile, there could not have been a better choice. The atmosphere was electric; people were saying it was the most enjoyable event they'd been to, and I can understand why. The speakers were all extremely knowledgeable, interesting, and entertaining. I look forward to attending many more such events.”

“As a Mancunian born and bred, I am so delighted to hear all our speakers express their love of both our city and the English language. They have all put me to shame with the number of languages they speak. Thank you all for sharing your experiences.”

Afzal Khan CBE, MP for Manchester Gorton, and our Co-Founder gave the vote of thanks, and also shared his thoughts about languages.

The photograph below is a collage of the speakers. Clockwise from the top left: 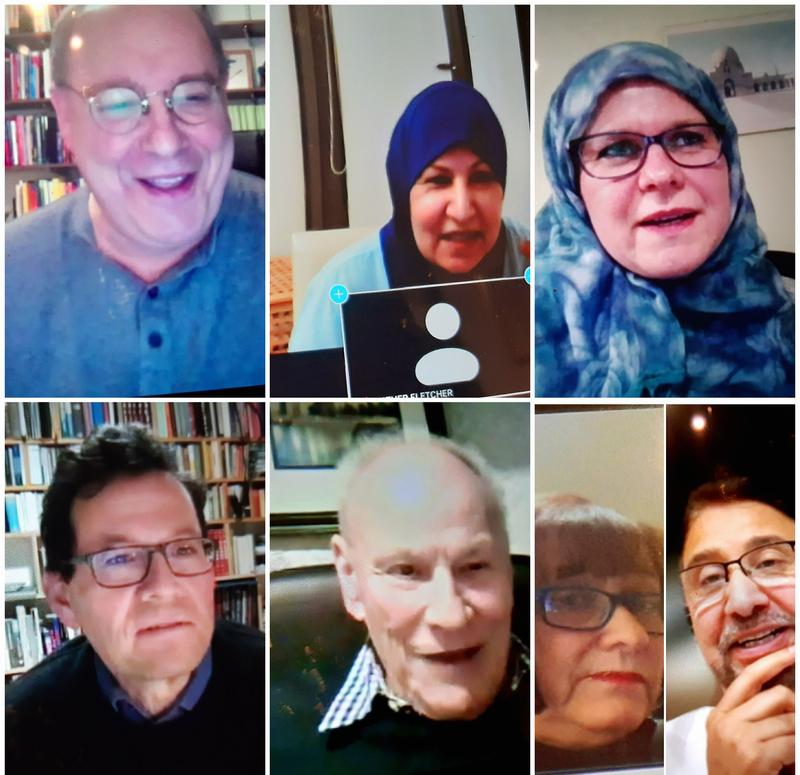