From Monday 5 September to Thursday 8 September five members of the Muslim Jewish Forum of Greater Manchester visited the Portuguese capital of Lisbon at their own expense. The group consisted of:

It was the seventh time that the group have travelled together. In chronological order the previous trips have been to Krakow (principally to visit Auschwitz), Granada, Marrakech, Dubrovnik, Paris and Brussels.

On each trip the group endeavours to visit sites of both Muslim and Jewish interest. Unfortunately, this time, due to heightened security, the Lisbon Synagogue was closed for visits. However, the group did manage to visit the beautiful Central Mosque of Lisbon (Mesquita Central de Lisboa) which was completed in 1985 where they were given a private tour of the mosque by the imam.

Portugal is a predominantly Roman Catholic country of which only about 50,000 of the 10 million population are Muslims while the Jewish is even smaller. The imam explained that the Mosque is very active in Interfaith work and has recently hosted Portugal's President. As with many mosques, the prayer hall was decorated with Arabic texts from the Quran, but it was striking that in the Lisbon mosque, every text was accompanied by a Portuguese translation, so that all local visitors can understand them.

"I always look forward to our trips and learning more about the history of both our faiths in other countries. It also provides a good way of bonding further with other members of our Executive and showing to others that it is quite normal for Muslims and Jewish people to have close friendships."

"Jews have lived in Europe from before the time of Jesus, and Muslims have been here from the early days of Islam. Visiting European cities to learn more about their Muslim and Jewish communities is great fun and also helps us to understand better our common history and how to deal with today’s challenges.”

The group are already thinking about where to visit in 2017!

The photograph below shows the travellers on the steps of the Lisbon mosque. From left to right: 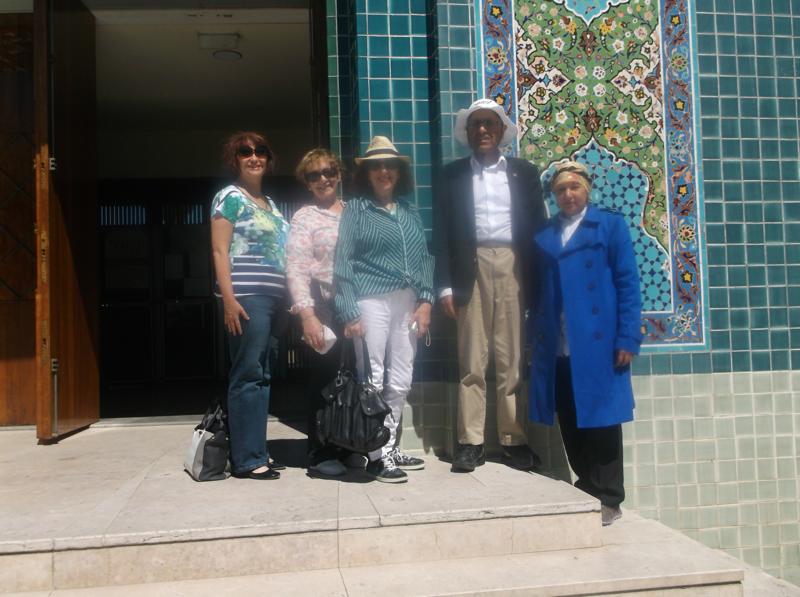