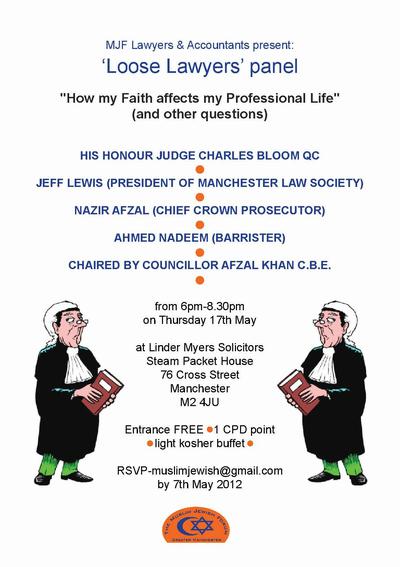 The event was attended by 60 people at the city centre offices of Linder Myers Solicitors. The panel was chaired by MJF Co-Chair Cllr Afzal Khan CBE who is a Solicitor and the event was organised by Heather Fletcher, MJF Secretary who is also a Solicitor. Sarah Kemp gave the vote of thanks

Two of the country's top lawyers revealed how they became victims of racism and prejudice in their early professional life.

Also on the Panel were Jeff Lewis, Solicitor and President of Manchester Law Society and Ahmed Nadim, Recorder and Senior Criminal Barrister.

Some of the panel had risen to prominence from humble backgrounds. Ahmed Nadim said that although his father worked in a factory and he went to a Rochdale comprehensive school, this had not stopped him from achieving his career aims. Judge Bloom described his childhood growing up as a tailor's son in Cheetham Hill: "There was no money, I spoke with a Manchester accent and did not always dress correctly." Despite these humble beginnings, he had enjoyed 49 successful years in the legal profession.

As for issues of faith, Jeff Lewis stated that he felt being Jewish had not really affected the way he carried out his professional duties. However, once, whilst sitting as a Deputy District Judge, knowledge of the Sabbath commencement times led him to dismiss a non valid application for an adjournment by a Jewish person.

Encouragingly, Judge Bloom pointed out that all chambers now had a good mix of barristers from all cultures and faiths and that since his early experience, he had not suffered any further anti-Semitism. He also said that despite the fact that he had never worked on Jewish festivals or the Sabbath, neither his career development nor his finances had suffered.

In response to a question from Angela Epstein, journalist, regarding whether the panel thought that the media could assist lawyers rather than be seen as an "enemy" to them, all the panel expressed caution about talking to the media apart from Nazir Afzal who had given 30 press interviews in the past seven days about the Rochdale "Grooming" case. He stated that he had always enjoyed engaging with the media as part of his job.

Finally, the entire panel stated that they were pleased that they had chosen to follow a career in law. Judge Bloom revealed that initially he had wanted to pursue an accountancy career, but his late father and eldest brother had coerced him into studying law and that, ultimately, he was very glad that they did so. 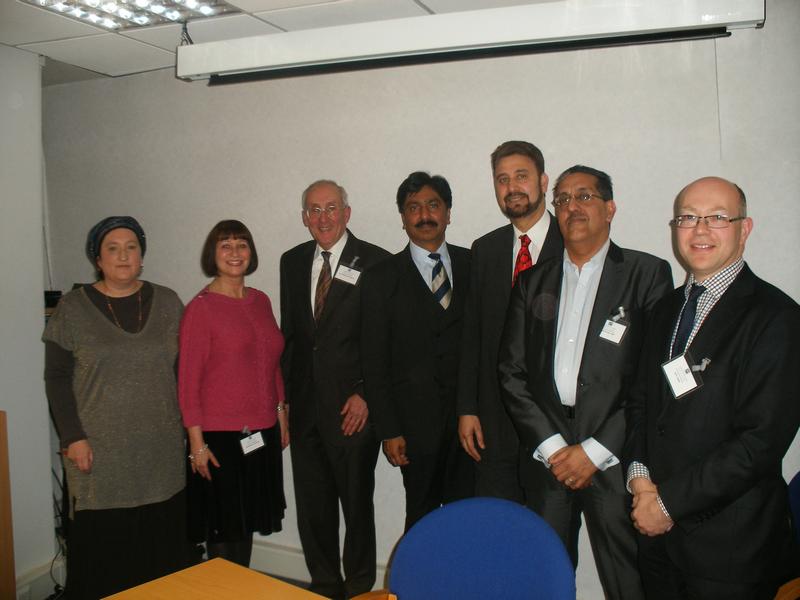