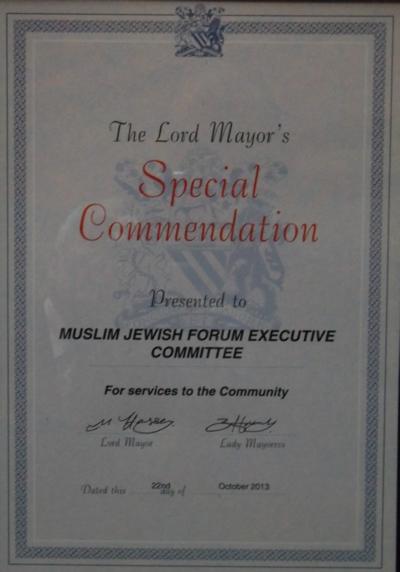 Cllr Hassan gave the group a tour of all the Lord Mayor's rooms and briefly recounted the history of the suite and his role as first citizen of Manchester.

One of the our representatives, Co-Founder Cllr Afzal Khan CBE was himself the first Muslim Lord Mayor of Manchester and he reminisced with fondness about his term as Lord Mayor. Cllr Hassan is the second Muslim to hold this office; he is also a regular attender at the Forum's events.

The Lord Mayor presented his Certificate of Special Commendation for Services to the Community to the MJF. Heather Fletcher, our Company Secretary accepted it behalf of the Forum. 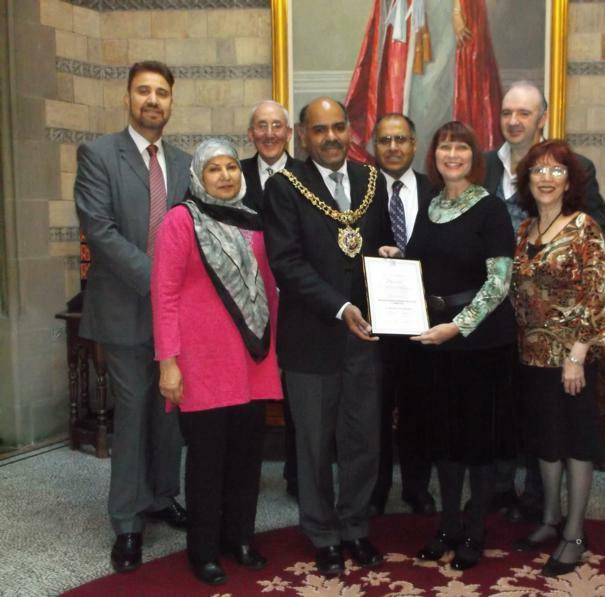