We held our eighth AGM on Thursday 5 December at the Manchester Multifaith Centre. Co-Chair Jonny Wineberg read out the Directors' report and it was noted that the Forum had organised eleven diverse events in the past year which had attracted many Jewish people and Muslims. The report and accounts for the year to 31 March 2013 were presented.

A new Executive Committee member was elected namely Arfa Maqsood alongside 11 others from the previous Executive Committee who were re-elected. The Lord Mayor of Manchester, Cllr Naeem Ul Hassan, attended and brought with him some mince pies for the new Committee to enjoy from the Town Hall party!

Jonny Wineberg said "We look forward to another dynamic year ahead with a strong Executive team, continuing to improve relationships between our communities."

In the photograph below are some of the attendees at the AGM-from left to right: 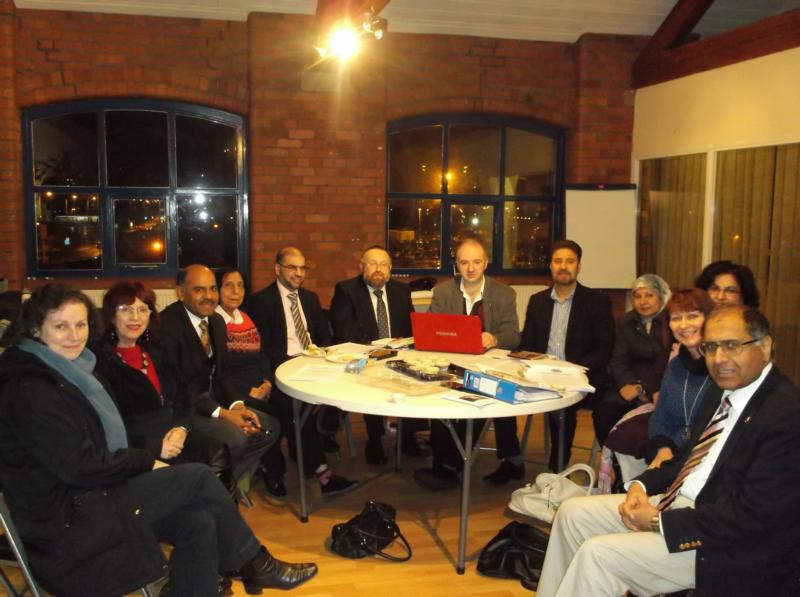