For the 4th Year running we entered a team in the Manchester's Rep Council Community Quiz which is often seen as a highlight of the year in the Jewish community. There is always fierce competition by the teams to win a monetary prize for the organisation they represent. Our team finished in a mid table position but left on a high note as they were awarded the evening's random prize of £250.00. This is the 2nd time the Forum has won a prize, as in 2007, the team won £500.00 by coming 3rd in the Quiz.

Mohammed Amin, the Forum treasurer said "Winning the competition would be great, but what really matters is team spirit and bringing communities together.”

Below is a team photo with our prize cheque namely (from left to right): 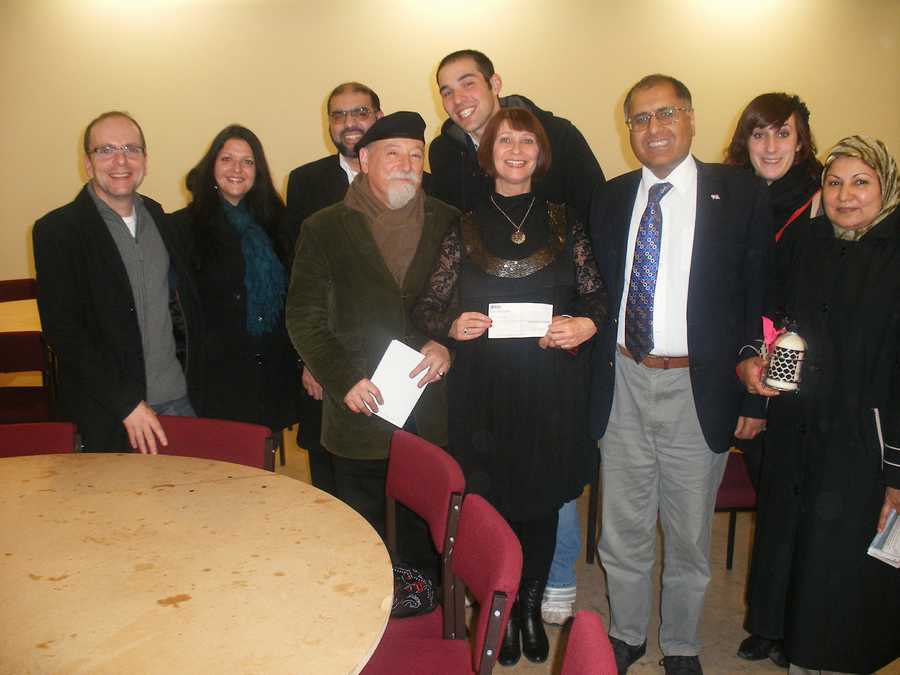