Visit to the Manchester Jewish Museum

Following a successful visit to the British Muslim Heritage Centre earlier this month, 20 members of the Muslim Jewish Forum, several with their children, visited the Manchester Jewish Museum this weekend. This was the Forum's second visit to the Museum, the first one being in March 2005.

The Museum was originally a Spanish and Portuguese Sephardi synagogue built in 1874 in the heart of the Jewish area of Cheetham. However, as the Jewish population moved away from this central area of the city, both northwards and southwards, the Synagogue's congregation dwindled and the last wedding in the building took place in 1971. In 1982 the congregation moved 9out and it re-opened as the Manchester Jewish Museum in 1984. Jeremy Michelson, the Museum's Education Officer, who gave a very informative presentation to the Group, stated that there had been around 250,000 visitors to the Museum in the past 15 years.

Jonny Wineberg, Co- Chair of the Forum stated "Following our recent visit to the British Muslim Heritage Centre, this visit highlighted the immense contributions of both our faiths in Manchester. Finding out about the Muslim influence on the Synagogue's architecture was enlightening as were many other facts that Jeremy shared with us during this visit. Both the Muslim Jewish Forum  and the Manchester Jewish Museum are committed to improving and strengthening community relations in Greater Manchester."

Below is a photo of some of the attendees including Jonny Wineberg (Co Chair) Cllr Afzal Khan CBE (Co Chair) Mohammed Amin (Treasurer), Heather Fletcher (Secretary) and David Berkley QC (member of the Executive). 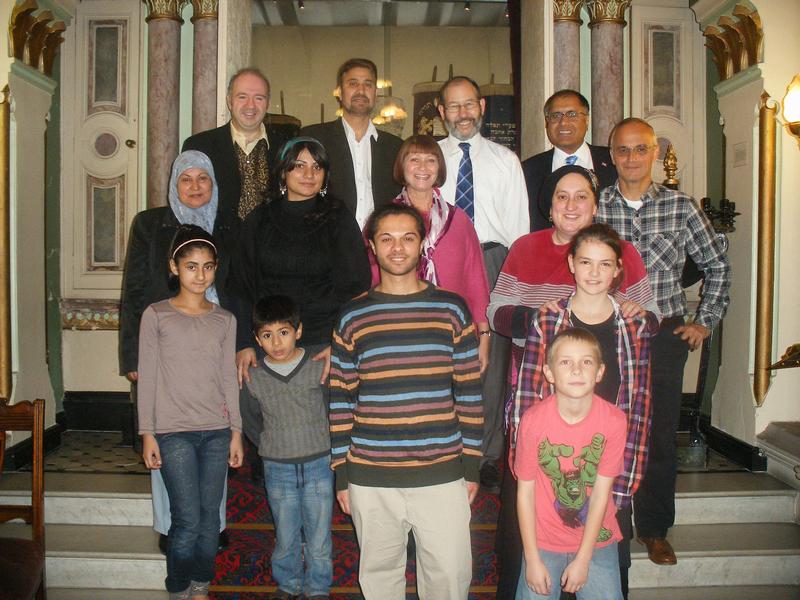