Five members of the Executive Committee of the Muslim Jewish Forum of Greater Manchester visited the Spanish Balearic island of Mallorca from 25-28 June 2018.

They can be seen in the photograph below, from right to left: 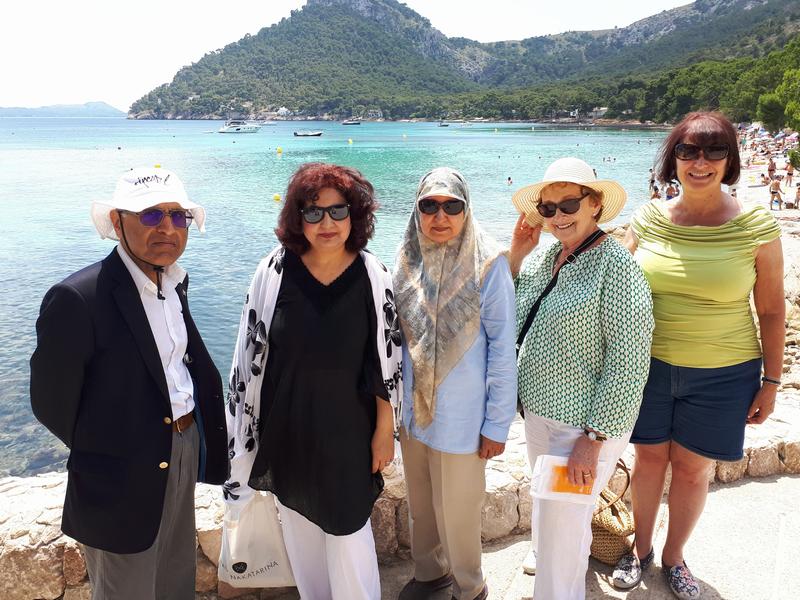 This was the Forum's 9’th overseas trip following trips to Krakow & Auschwitz; Granada & Cordoba; Marrakech; Dubrovnik; Paris; Brussels; Lisbon; and Copenhagen. The Forum’s goal on these trips is to visit places of Muslim and Jewish interest during their overseas travels. All trips are paid for by the participants.

Before their expulsion in 1492 there were a significant number of Jewish people in Mallorca. In 1435 there were approximately 4,000 Jewish people on the island, most of whom resided in Palma. After the order to leave or convert, some Jews stayed by converting to Christianity. A few stayed and practised their religion secretly, though risking being found out by the Spanish Inquisition. Today out of almost one million people on the island of Mallorca there are only about 250 Jewish people residing there.

Similarly, there were significant numbers of Muslims before the 1492 expulsion. Today just under 3% of the entire Spanish population are Muslim, as a result of recent immigration.

The group visited the Abdur Rahman Mosque in Palma and saw the Almudaina Palace (Moorish Palace) and also the old Jewish quarter in Call Major, Palma, where the Jewish community settled in 1300AD

Cllr Heather Fletcher stated "I find sightseeing holidays so enriching and I am very interested in the history of Jews and Muslims where ever I travel. It is good to travel with fellow members and bond together in a more relaxed atmosphere."