This weekend, on 26 August, the Muslim Jewish Forum of Greater Manchester held their seventh annual picnic in the sunshine at Platt Fields Park, Rusholme. This was the first time that the event was held at this location to enable participants to attend the Mega Mela afterwards which also held in Platt Fields. It was attended by over 30 people from different faiths with ages ranging from one year old to pensioners.

The participants shared traditional Asian and Jewish delicacies such as fishballs, gefilte fish, pickled cucumbers, vegetable samosas and potato bakoras. There was also a separate table of deserts.

Organiser and Secretary of the Muslim Jewish Forum, Heather Fletcher stated "This was our best picnic yet, in terms of atmosphere, new people attending from all faiths, tasty food and the weather, which at last was kind to us!"

The Event was also attended for the first time by the Deputy Lord Mayor Cllr Naeem Ul Hassan and the former Lord Mayor and Co Chair of the Forum, Cllr Afzal Khan who stated " It was a great picnic, we had  good weather, good food and great company and to top it all we all had the opportunity to go and enjoy the Manchester's Mega Mela at Platfield Park"

Mohammed Amin, Treasurer stated "What I like about the picnic is the informality. We just bring along our own food with some extra to share. Platt Fields Park was an excellent location and the picnic tables were very helpful for sharing the food as we could lay out all the food everyone had brought with them as a buffet to share.”

Here is a photo of some of the participants: 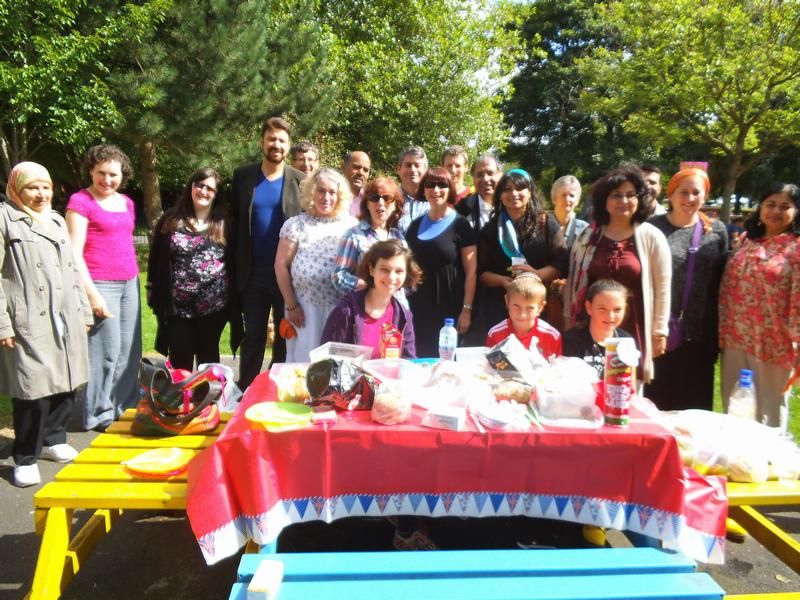