Some members of the Muslim Jewish Forum sacrificed the chance to watch Andy Murray's historic Wimbledon victory in order to participate in their 7'th annual Inter faith picnic. This was held on Sunday afternoon at Platt Fields Park in Manchester next to the boating lake. The date had been chosen to coincide with the Asian Mega Mela, and was fixed long before anyone knew the Wimbledon tennis finalists!

Mohammed Amin, Co Chair of the Forum stated "Building closer relations between Manchester's Jewish and Muslim communities sounds like serious business. It is important but doesn't have to be serious; many of our events, such as the picnic, are designed to be fun. That is why the Forum has grown stronger year after year." 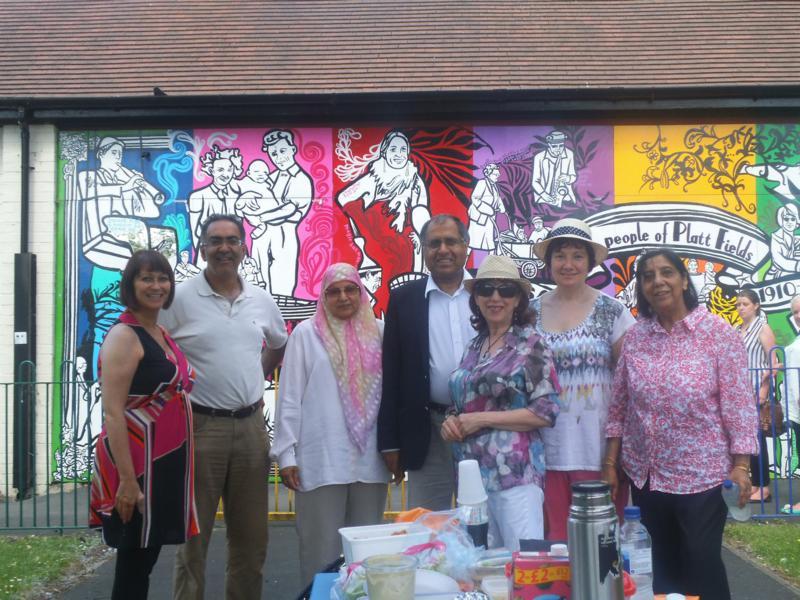