There was a record attendance of 35 people. Fortunately, the Bury weather was kind for the event as it was warm and dry throughout.

The picnic was attended by Muslims, Jews, Christians and Humanists, and included people born in France and Pakistan as well as the UK. There was a very wide age range of attendees from 6 years old to 75 years old.

The participants brought and shared their own plentiful and varied food including a tasty rice and cashew nut dish cooked by Tahara Amin ( Forum Company Secretary). There was a variety of fruit for the more health conscious!

Throughout there was a warm friendly atmosphere and plenty of social interaction with people making new friends.

Anthony Scott Norman who is Jewish and a former Mayor of Elstree and Borehamwood stated:

"It was a great success. I and my guests loved it. It was my guests first Forum picnic and mine but definitely not my last."

Cllr Gina Reynolds who is Christian and serves on Salford City Council said:

"The annual picnic was a lovely event. Thanks to Heather and Amin and the organisers. There was good company and food and the opportunity to learn more about the faiths and culture of the people who came along in a relaxed environment.”

Anne Isaac, who is a French Muslim stated:

"The picnic had a lovely atmosphere and it was easy to speak to people while enjoying shared food.  My friend who I had brought with me had never come to the group before but felt everyone was very friendly and easy to get on with.”

The group photo below shows the diversity in age and background of those attending. 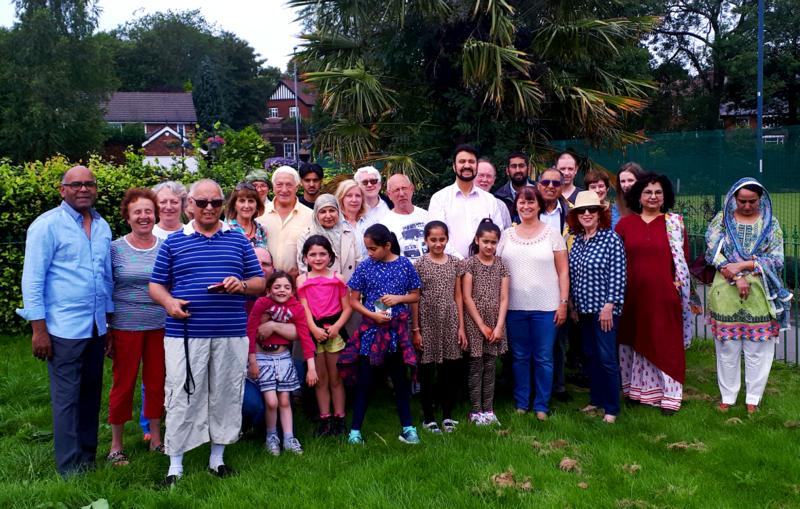