600 people attended, including four tables from the Muslim Jewish Forum. It was a very spectacular event with a most convivial atmosphere. There were auctions and in all around £30,000.00 was raised mainly for two charities to help victims of the Pakistani floods ie. Doctors World Wide (Medical Aid for Flood victims) and Al Mustafa Trust (Orphan Childrens School in Flood). Money was also raised for Langdon College.

Heather Fletcher, Secretary of the Forum said "It was wonderful to see so many people getting together and inter acting with each other whilst raising a large amount to help people in this tragic disaster. Also it was quite a unique opportunity to celebrate Eid and Rosh Hasahana/Yom Kippur together- it is 22 years until they co-incide again!" 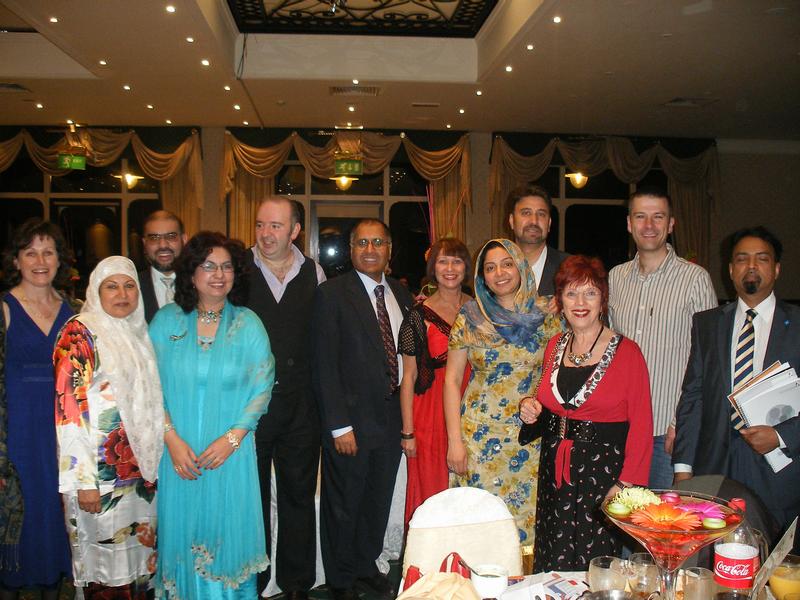