We have been awarded a donation from the Prestwich Carnival Committee

On 30 July 2015 in St. Mary's Park, Prestwich, the Prestwich Carnival Committee, presented our Co-Chair Heather Fletcher with a generous donation towards our interfaith work.

The Prestwich Carnival is held annually in June. The following month to conclude matters relating to the Carnival, donations are awarded to a handful of local charities under the category of "good causes".

This year, we were nominated by Harvey Hurwitch of Prestwich. None of the members of the Executive committee knew that we had been nominated until a couple of days before the presentation. The short ceremony and press photo shoot was attended by representatives of all of the six successful organisations.

Heather Fletcher, who resides close to the centre of Prestwich said:

"This donation came as a wonderful surprise to us all. It is an honour to be awarded a monetary prize and to receive recognition in this way from the local community in Prestwich for our work. It is important in the current climate with the rise in anti-Semitism and hate crimes against Muslims that we continue our vital work connecting the Muslim and Jewish communities as it is ignorance which causes intolerance but familiarisation and mixing together which creates understanding and harmony."

“This donation was received in the year we celebrated our 10’th anniversary. It is wonderful recognition of the work we have done in the last decade bringing Muslims and Jews in Greater Manchester closer together.”

In the picture, Heather Fletcher is receiving the donation from Harvey Hurwitch, while Frank Shatliff, Chairman of the Prestwich Carnival Committee is standing on Heather’s left. 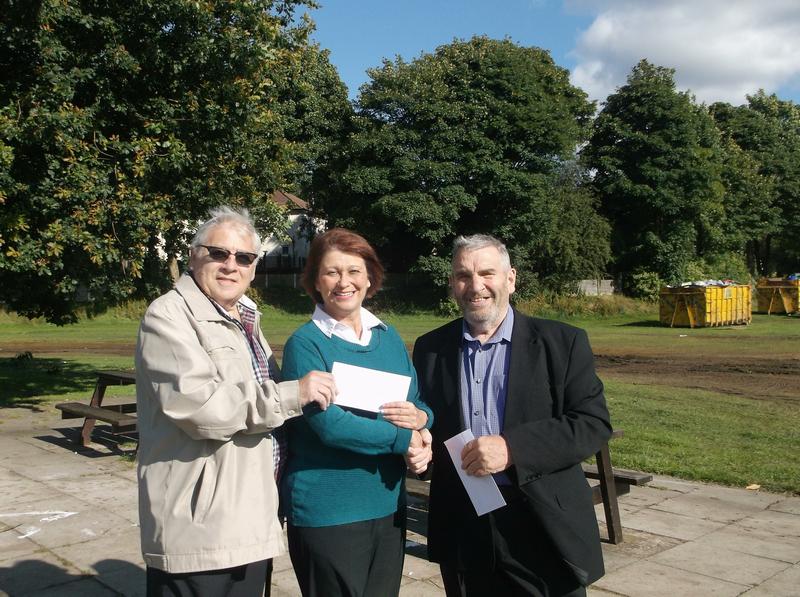