On Sunday 21 March 2021, we held our 132nd event since foundation, using Zoom. This was a lecture given by Robert Kanter.

Background information on Robert Kanter and his talk

Robert Kanter has taught History at Bury CE High School, and in his spare time is Warden of the Heaton Park Synagogue and a member of the Manchester Yom Hashoah Committee which organises the local Jewish commemoration of the Holocaust.

He also finds time to be a part time PhD student at the University of Manchester, and is half way through his six-year research writing his thesis on "A History of Jewish-Muslim Relations in Britain 1900-1990."

To reduce his talk to a manageable length, Robert focused on just the period 1900 to 1920, and covered the Jewish community’s relationship with two leading Muslim converts of that period:

Zoom enabled the event to be recorded. We have published it in three parts.

3. Vote of thanks by Executive Commitee Member Séamus Martin who is himself a convert to Islam

The subject drew an audience of over 30, primarily from Manchester but also including academics from around Britain.

Even though many in the audience knew about both individuals, everyone was fascinated to learn about their historic contacts with Britain’s Jewish community and the debates within the Jewish community at that time about Zionism.

Audience member Cllr Steven Longden who is himself a convert to Islam said:

“A fascinating insight into a time when dialogue between UK Muslims and Jews on the question of Palestine / Israel was open, positive and respectful. The Muslim Jewish Forum has since its creation 15 years ago kept that tradition alive which is something that Mancunians should be grateful for and very proud of.”

“A fascinating evening hearing the history of the mutual friendship, support and co-operation between the Muslim and Jewish communities in the first two decades of the last century. This gives us something to aspire to, and encouragement and hope for the future.”

Photograph of the speakers

The photograph below is a collage. Starting at the top left: 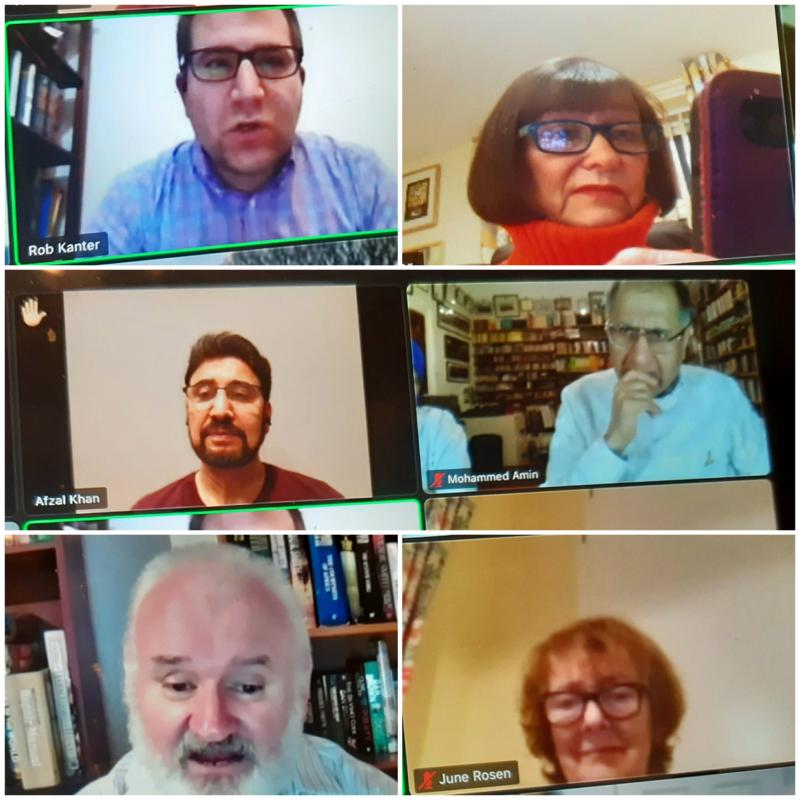