Last night, at the Islamic Bank of Britain British Muslim Awards, the Muslim Jewish Forum of Greater Manchester won the award in the category "Spirit of Britain".

At a packed awards dinner ceremony with over 300 people in attendance, Cllr Afzal Khan CBE, the Co-Founder of the Forum and Heather Fletcher, the Company Secretary accepted the award on behalf of the Forum. They dedicated the award to the Forum’s late Co-Founder Henry Guterman MBE. Henry Guterman was refugee from Nazi Germany who came to the UK aged 12 and spent all of his life fighting racism and was also an interfaith activist.

Heather Fletcher said "I am so delighted that we have won this Award and received national recognition. I hope this win raises our profile and that more and more people join us and spread our positive message that Muslim people and Jewish people can work together and learn from each other."

Cllr Afzal Khan stated "When we started our Forum ten years ago, never in my wildest dreams did I think we would get national recognition. I would like to thank all of the people who have been engaged in taking our Forum forward. There is a need for all of us to try and unite in our global village. It is important that we reach out to one another."

In the picture below Afzal and Heather are holding the award. 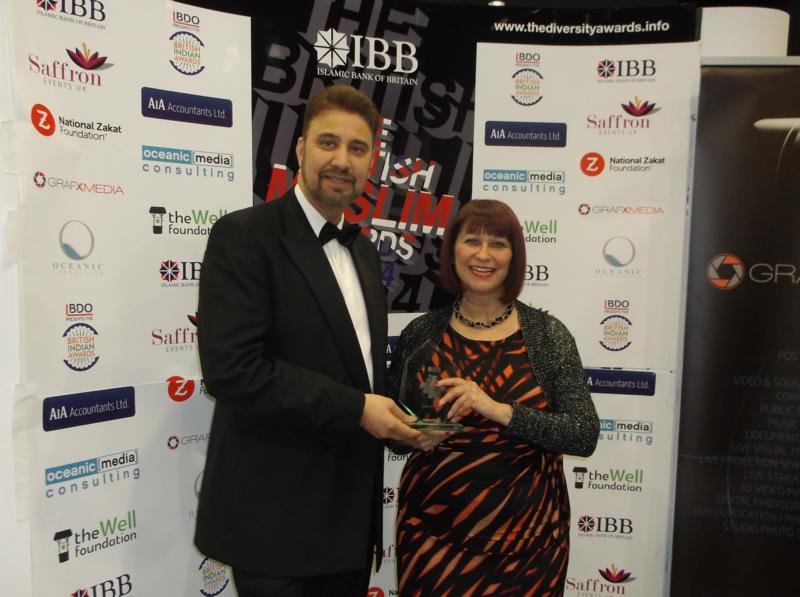