On Friday 14 and Saturday 15 November, several members of the Forum and other members of the Muslim and Jewish communities in Manchester took part in a worldwide twinning event in which local mosques were twinned with local synagogues. This was organised internationally by the Foundation for Ethnic Understanding and they have a page to explain the Weekend of Twinning.

Jonny Wineberg, Forum Co-Chair, Rabbi Silverman, Louis Rapaport and Dr Michael Taylor attended Friday prayers at the Manchester Central Mosque in Victoria Park. During his Friday sermon Imam Asim Hussain spoke about the true meaning of Jihad and that the real struggle in life is going out to work and helping your family.

In the picture below taken at the mosque from left to right: 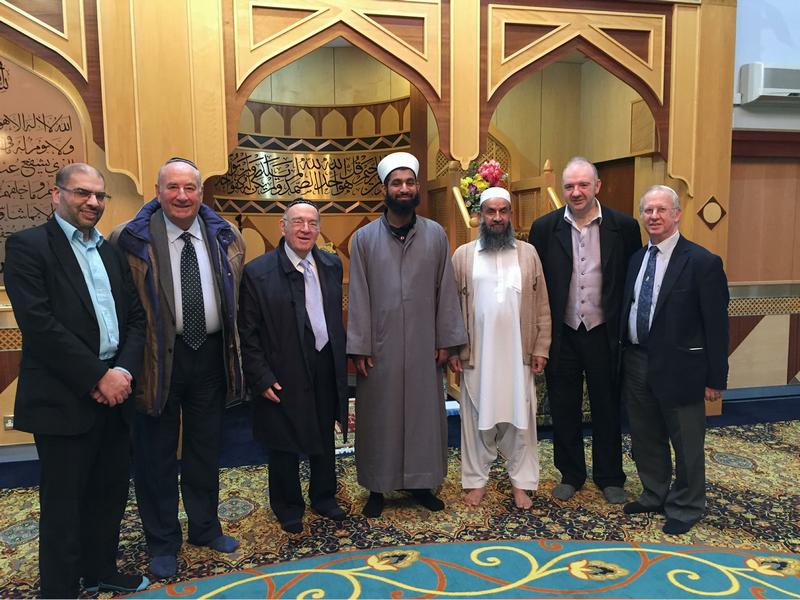 The following day Cllr Rabnawaz Akbar, Imam Abdul Malik and Qadir Ahmad joined other Forum Executive members Heather Fletcher and Jackie Harrison at the Shabbat morning service held at Manchester Reform Synagogue. Rabbi Silverman gave an inspiring speech about his recent visit with other faith leaders to the EU Parliament and also spoke about the dangers of anti-Semitism and Islamophobia and the commonalities between the two faiths.

Heather Fletcher, Forum Company Secretary, stated "It was a wonderful initiative made possible by Cllr Akbar and Rabbi Silverman. The Jewish congregants made our Muslim friends feel very welcome at the service. This twinning event is very important as it shows an even greater willingness to work together and it must be repeated in November 2015."

“In my Shabbat address to the congregation I referred to the warm welcome we received from several of the two thousand worshippers at the Manchester Central Mosque, and to the sermon by Imam Asim Hussain, a dynamic leader who completely dissociated himself and his people from Islamist extremism, and rejected any suggestion that so-called Islamic State was involved in a holy war.

Combatting anti-Semitism and Islamaphobia as a joint project is stronger than confronting them separately.”

In the synagogue picture below from left to right: 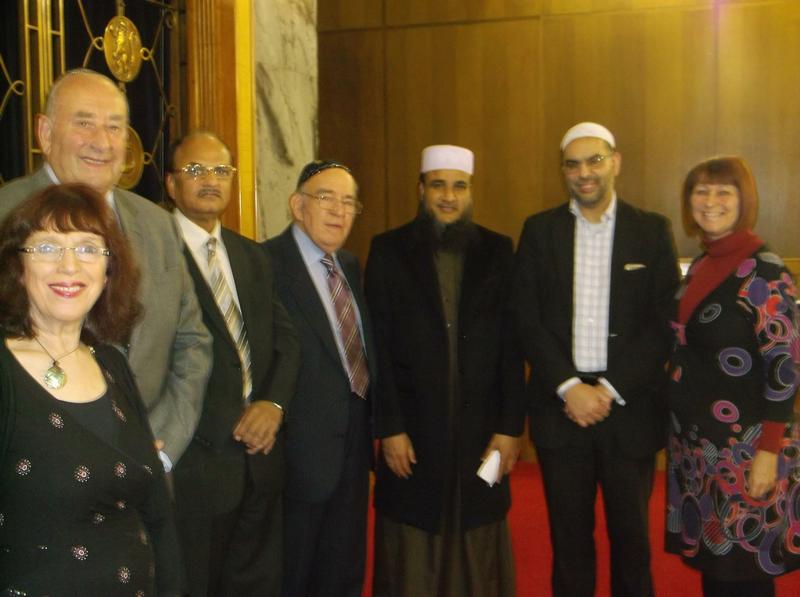