At a time of increased Islamophobia and anti-Semitism, thousands of Muslims and Jews around the world came together during the 6th Annual International Weekend of Twinning, November 15-17. They pledged to be there for each other if either community is victimised by hate crimes or incitement.

Events during the weekend

We hosted several events around Greater Manchester over the extended weekend.

Following the service, the rabbis were given a tour of the mosque and community centre led by Cllr Afzal Khan CBE, a former Lord Mayor.

They were then met by group of worshippers and both rabbis were given a copy of the Quran in English by a member of the Muslim community, Rasheed Mustapha.

Qari Jameel gave the rabbis a beautiful recital from the Quran followed by a translation and the group discussed just how similar their scriptures are. 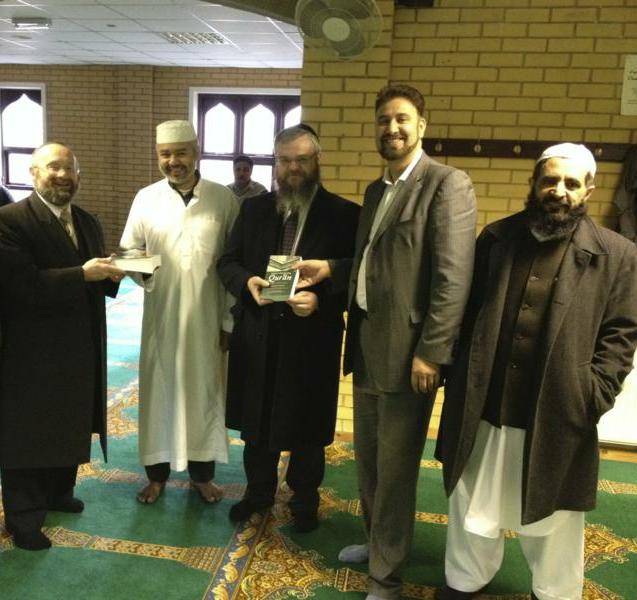 On Saturday, Rabbi Arnold Saunders from Higher Crumpsall Synagogue welcomed Cllr Afzal Khan to join in the service and kiddush, while at the same time the South Manchester Cheadle Yeshurun Synagogue opened their doors for a group of local Muslims who included Lord Mayor Cllr Naeem Ul Hassan, Shahid Adam Saleem, Abdullah Saleem, Afzal Chaudhri and Jameela Chaudhri to join in the Jewish service. The guests were impressed with the warm hospitality of the Jewish service, and particularly touched when an Islamic reference was quoted as part of the service. 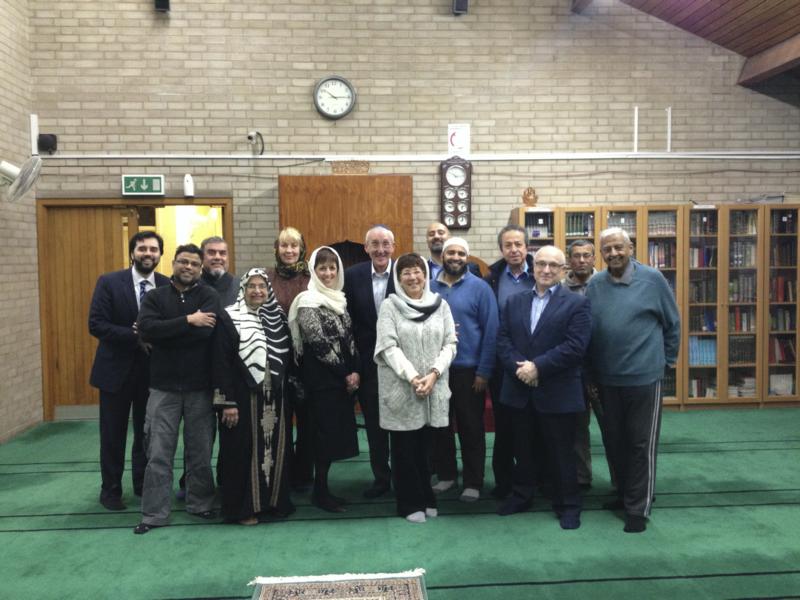 Following the prayers the guests enjoyed a lively meeting with the trustees and worshippers while eating kosher food provided by the CMA which was blessed by Charles with a traditional Hebrew prayer. 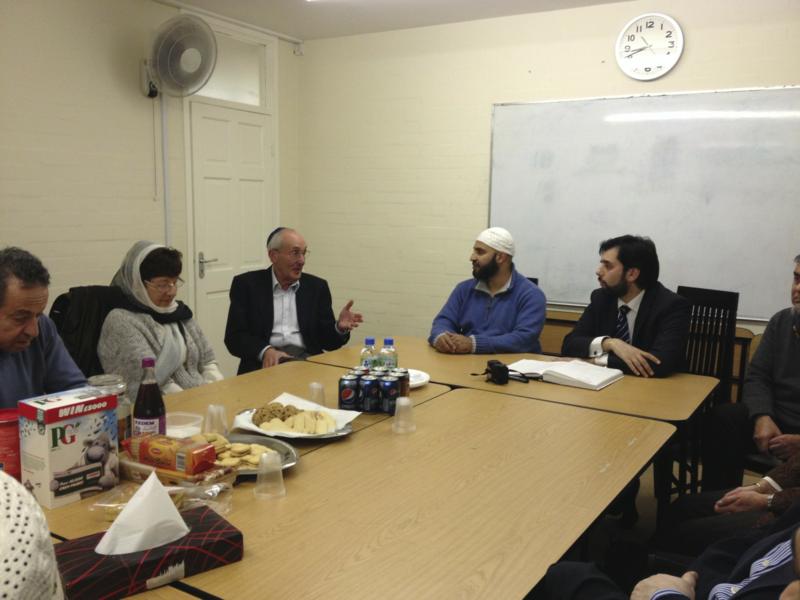 Usman thanked Shahid from the MJF for arranging the social and described the three hour event as a very informative gathering where both faith communities demonstrated many common aspects during their broad discussions, increasing empathy and understanding.

More about the Weekend of Twinning

Shahid Adam Saleem, who led on the organisation for the MJF, said, “Thank you to all participants for their positive contributions and we look forward to building on the positive relations formed to increase community harmony and make this an annual event with many more activities.”

Jonny Wineberg, Co-Chair of The MJF, said, “We are proud to stand up for each other’s rights and challenge intolerance wherever it exists. But even more, we are proud of the respect and understanding we foster between our two great communities and present to the wider community. Our thanks go to all those involved in organising and delivering these events and we invite Synagogues and Mosques from around the County to start building relations with their nearest twin and participate in the 7th Weekend of Twinning in November 2014.”

The Weekend of Twinning is an annual event sponsored by the Foundation for Ethnic Understanding (FFEU) and held every autumn. This year, there were more than 130 twinning events involving Muslims and Jews in more than 30 countries on all six inhabited continents. Participating synagogues and mosques and Muslim and Jewish organisations around the world undertook a wide range of activities.

Rabbi Marc Schneier, the President of the Foundation for Ethnic Understanding, a New York-based not-for–profit that sponsors the Weekend of Twinning, asserts that “Dialogue is an important first step in building ties of communication and cooperation between Muslims and Jews, but it is not enough. Whenever Jews or Muslims are targets of bigotry anywhere in the world, members of the two communities should stand together against both Islamophobia and anti-Semitism.”

Imam Shamsi Ali, co-author with Rabbi Marc Schneier, of the newly released book “Sons of Abraham; A Candid Conversation about the Issues that Divide and Unite Muslims and Jews” published by Beacon Press asserts, “No two faiths in this world have more in common than Islam and Judaism.  In that spirit, we must truly become our brothers’ and sisters’ keepers.”

The Foundation for Ethnic Understanding is encouraged participants in this year’s Weekend of Twinning  to join the movement against bigotry by forming local Muslim-Jewish Solidarity committees and by signing a pledge on Twitter reading: “I pledge to combat Islamophobia, anti-Semitism + all forms of hate for #WeekendofTwinning.”

There is a promotional trailer of Weekend of Twinning produced by Unity Productions Foundation which can be watched below.