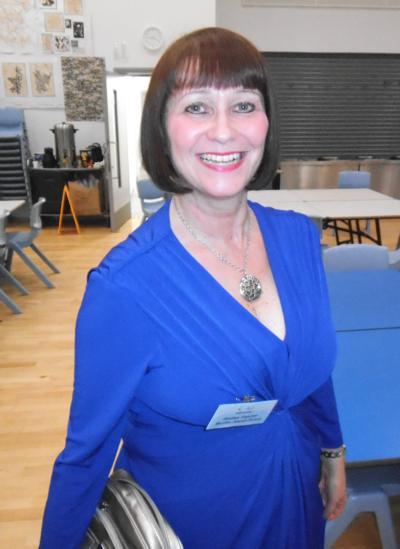 The Manchester Evening News carried a piece by Heather Fletcher, our company secretary, in its edition of 9 April 2013. It was based upon the text below.

Recently, I was delighted to read about a “Twinning” project which had been entered into by pupils at King David High School in Crumpsall, which is a Jewish school, and Manchester Islamic High School for Girls in Chorlton. After two years of planning this link came to fruition last month when ten Muslim pupils from the Islamic High School attended an assembly at King David High School at which one hundred Jewish pupils were able to ask the Muslim girls questions about their faith. I have a particular interest in this story as I am the Secretary of the Muslim Jewish Forum of Greater Manchester and I am a strong advocate of Inter Faith dialogue which I believe  leads to a stronger, more cohesive and harmonious society.

Manchester was a very different place when I was at high School about thirty years ago. I describe myself as an Anglo Irish Jew as my father was born in Dublin. People considered me a good “mixer” because I made many school friends who were white Protestants from the south of Manchester. At University, I was considered an even better “mixer” as I made more white Protestant friends, this time from the south of England! However, in the 1970’s and 1980’s we did not have such a diverse society. I recently read that Manchester University linguists discovered that Manchester’s population of half a million people speaks 153 different languages! The 2011 census indicated that 13% of the population in the U.K. had been born abroad. Given these statistics, I consider that it is even more imperative that we develop social ties with our multi-cultural neighbours. Furthermore, this enriches our lives and broadens our horizons.

The Muslim Jewish Forum of Greater Manchester was co- founded in 2005 by Cllr Afzal Khan and the late Henry Guterman to promote social and cultural ties between the  Muslim and Jewish communities living in Greater Manchester. Most Jewish and Muslim people in Manchester, at that time, did not mix with each other socially. In the past eight years we have organised ten events each year. These events have been varied to suit a multitude of interests and have included Inter Faith picnics, meals out in kosher restaurants, Eid parties, Lawyers meetings, Women’s art and dance events, business networking and boys’ football Tournaments. I hope that the pupils of King David High School and the Islamic School for Girls will follow suit and stage a similar range of events. It is participating in such activities together which helps eradicate any pre-conceived negative stereotypes and subsequently leads to the formation of strong friendships.

Since 2005, I have learnt there any many similarities between the two faiths, especially relating to dietary requirements. Being Secretary of the Forum has strengthened my interest in faith matters generally and I have become close friends with several like-minded Muslims, most of whom I would never have met if the Forum had not existed. I have even improved my knowledge of my own faith as I did not want to appear ill- informed when the Co Chair, Cllr Khan, or the Treasurer, Mohammed Amin, asked me questions about Judaism or festivals! Although we have five hundred people on our mailing list, it is noticeable that many are middle- aged. In my opinion, the more youthful people are when they start to engage in Inter Faith dialogue the easier it is for them  to relate to others of different backgrounds and break down barriers and continue in the same vein for the rest of their lives. This is another reason why I was pleased to read the story.

I believe that being ignorant about other faiths and cultures causes fear, bigotry and intolerance and that bonding together in Inter Faith initiatives greatly assists social harmony and peaceful co- existence in today’s diverse society.