Members of the Executive

The members of the Executive committee, elected at the most recent AGM on 25 November 2015 or subsequently co-opted, are:

Below are profiles of those Executive members who have supplied them. 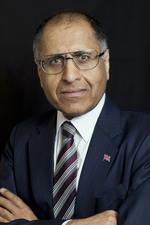 Mohammed Amin has on several occasions been listed as one of the hundred most influential Muslims in the UK. In the Queen's Birthday Honours List 2016 he was awarded an MBE (Member of the Order of the British Empire) for services to Community Cohesion and Inter-faith Relations in Greater Manchester.

Amin graduated in mathematics from Clare College, Cambridge and obtained a Post Graduate Certificate in Education from Leeds University. After a year teaching, he trained as a chartered accountant, qualifying in 1977 after being placed fifth nationally in the PE1 examination out of over 4,000 candidates. In 1978 he qualified as a chartered tax advisor being awarded an examination distinction. In 1995 he became an associate member of the Association of Corporate Treasurers. His Chartered Institute of Taxation fellowship thesis was awarded a medal for the best thesis submitted in 1999.

For 33 years Amin practiced as a tax advisor, most recently spending 19 years as a tax partner in Price Waterhouse, now PricewaterhouseCoopers LLP. He was the first Muslim to be admitted to the Price Waterhouse partnership in the UK. He specialised in international tax and the taxation of derivatives and foreign exchange, and for four years he led the firm’s UK finance and treasury tax network. Before his retirement at the end of 2009, Amin was PwC’s head of Islamic finance in the UK and a member of PwC’s four person Global Islamic Finance Leadership Team. He has presented on Islamic finance around the world as well as advising the UK Government. From 2003 until he retired, Amin was an elected member of PwC’s 15 person Supervisory Board, responsible for overseeing the firm’s management and approving its accounts and all partnership admissions and withdrawals.

In retirement, as well as Islamic finance consulting and writing, Amin spends most of his time “giving back” to the community. He regularly presents a "Thought for the Week" on BBC Radio Manchester, and has spoken to many schools for the charity Speakers for Schools. He is active in a number of organisations in addition to the Forum, including currently being:

You can learn more about Amin and read his writings at his personal website www.mohammedamin.com 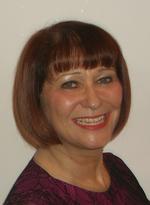 Cllr Heather Fletcher was born in Salford, Greater Manchester. She was educated at King David Primary School and Manchester High School for Girls. Thereafter, she graduated in Law at the University of Birmingham and qualified as a Solicitor. She worked in the legal profession for 33 years as a legal aid Family Lawyer and subsequently as a Law Costs Draftsman. In May 2016 Heather was elected to represent Swinton South as a Labour Councillor on Salford City Council.

Heather initially became interested in Interfaith work  in 1992 when she worked in the ethnically diverse area of Cheetham but she did  not develop her interest in this sphere until she attended a meeting at Manchester Town Hall in 2004 which led to the formation of the Forum. When the Forum's Co-Founder, Afzal Khan CBE, MEP, became Lord Mayor in 2005, the other Co-Founder, the late Henry Guterman MBE asked Heather to take on the role of Company Secretary for one year whilst Afzal was Lord Mayor but in fact Heather continued as the Company Secretary for a further eight years! In January 2015 she was elected to be the Jewish Co-Chair of the Forum.

Heather has spoken on numerous occasions both in her role as Secretary and Co-Chair of the Forum at the Adam Day Multifaith event, the launches of Manchester Council of Mosques and We Stand Together and at Council of Christian and Jews and Jewish Museum events. She has promoted the Forum's work on the Radio show "Jewish Hour"  and on "That's Manchester" TV and was also filmed for Channel 4's "Thought of the Day" in October 2013. Her other interests include going on sightseeing holidays, going to the theatre, watching football and photography

Tahara Amin was born in Pakistan and came to the UK at the age of eleven and entered secondary school not speaking a word of English! Despite that, she was able to take her "A" levels and gain a place at Keele University from where she graduated in Chemistry and Biology combined with a certificate in Education. She taught Chemistry for two years at a Catholic secondary school before leaving after marrying Mohammed Amin.

When she re-entered teaching, she did so in primary schools, and for 10 years she was head teacher of the Manchester Muslim Preparatory School, awarded the best performing Muslim primary school in the North region of England at the Global Peace and Unity Awards in 2007 and 2008.

Tahara was one of the founders of the Muslim Jewish Forum of Greater Manchester and has been a regular attender at its meetings since inception. She believes strongly in civic engagement. For many years she was an active member of the Conservative Muslim Forum and attended the Conservative Party Conference each year. In October 2019 she joined the Liberal Democrats, and is looking forward to attending their conferences as part of being an engaged citizen. 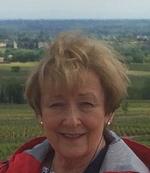 June Rosen was educated at Cheltenham Ladies' College. After training as a physiotherapist at Ancoats Hospital School of Physiotherapy, Manchester and becoming a member of the Chartered Society of Physiotherapy, she remained on the staff there, and then at the Manchester Victoria Memorial Jewish Hospital.

She went on to work at Cheadle Royal Hospital, where for 11 years she was the Physiotherapy Services Manager, focusing care on secure and high dependency units, acute psychiatric and eating disorders units and care of the elderly.

For ten years she was a non-executive director on the Board of the Christie Hospital NHS Foundation Trust, where she chaired the Capital Committee, was Board link with the chaplains, the Equal Opportunities Committee and the Support for Living with Cancer Project, where she was one of the people responsible for establishing the rehabilitation services.

Subsequently, for four years she was a non-executive director at the East Cheshire NHS Trust, chairing several committees and being the board link with the cancer and care of the elderly services and the chaplains.

She has a chapter published in "Adapting Therapies for Cancer Care", has been a governor of two schools, former Vice Chairman of the North West Eye Research Trust, former Social Welfare Visitor for the Stockport branch of the Multiple Sclerosis Society and a member of the Syngenta Ethics Committee.

At present she is the Deputy Clinical Lead Therapist at the Christie Hospital NHS Foundation Trust, working on both the Haematology Transplant Unit and the Critical Care Unit.

June first became involved in interfaith work as a small child as she accompanied her parents and by the age of ten had probably been in every type of place of worship in Manchester - a huge privilege! She has been a member of the Muslim Jewish Forum since its inception. 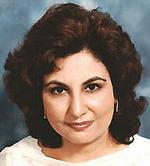 Fellow of the Royal Society of Arts, Qaisra Shahraz is a prize-winning and critically acclaimed novelist and scriptwriter. Born in Pakistan, she has lived in Manchester since childhood and gained two masters degrees in English & European literature and scriptwriting for television. Being a highly successful and achieving woman on an international scale, Qaisra was recognised as being one of 100 influential Pakistani women in the Pakistan Power 100 List (2012). She is a Director of the Asia Pacific Writers and Translators partnership.

Her novels, The Holy Woman, Typhoon and Revolt have been translated into several languages including in Mandarin. The Holy Woman (2001) won the Golden Jubilee Award, was "Best Book of the Month" at Waterstones and has become a bestseller in Indonesia and Turkey. Her first collection of stories “A Pair of Jeans & Other Stories” includes stories written over 25 years.

She has appeared in many international writers’ festivals and book fairs including in Ubud, Makassar, Abu Dhabi, Ottawa, Jaipur, Philadelphia and Beijing. Her award-winning drama serial "Dil Hee To Hai" was broadcast on Pakistani Television in 2003. Several of her prize-winning short stories have been published in the UK and abroad. Her work including her first story “A Pair of Jeans” is being studied in schools and Universities. A critical analysis of her works has been done in a book entitled The Holy and the Unholy: Critical Essays on Qaisra Shahraz’s Fiction (2011). She has co-authored a literary textbook with Rudolf Rau entitled, “Emerging India” for German teachers. She is working on her latest novel set in Morocco and a new collection of short stories.

Qaisra Shahraz has enjoyed another successful career in education as an Ofsted inspector, a quality manager, consultant and teacher trainer, including working under the auspices of the British Council. As well as being an Executive Member of the Muslim Jewish Forum of Greater Manchester, she is a trustee of Manchester Multifaith Centre and Vice Chair of Faith Network 4 Manchester. She currently devotes a lot of her time and energies to interfaith activities to promote messages of tolerance, peace and community cohesion in the UK and abroad through her literary tours.

In the Queen's Birthday Honours List 2020 Qaisra was made a Member of the Order of the British Empire "For services to Gender Equality and Cultural Learning."