On Sunday 6 September 2015, over twenty members and friends of the Forum, including several first time attendees, enjoyed an excellent meal and a warm , friendly atmosphere at the Al Maidah Banquet Hall and Restaurant.

We were founded in 2005 by Afzal Khan CBE MEP and the late Henry Guterman MBE. In that time the Forum has grown considerably and there are now 500 on the mailing list. Furthermore, the Forum has organised almost 80 events in the past decade for the two communities.

A glittering 10th Anniversary Dinner was held at Manchester Town Hall in June and the 10th Anniversary celebrations continued at this Asian dinner with the cutting of a large anniversary cake. The cake was cut by Afzal Khan along with the Forum's Co-Chairs Heather Fletcher and Mohammed Amin.

"It was a pleasure to join the MJF for one of their 10’th Anniversary celebrations and to celebrate how the Forum has gone from strength to strength over the last decade. I look forward to working with them in the future and helping to contribute in whatever way possible"

In the picture below from left to right are Mohammed Amin, Afzal Khan and Heather Fletcher about to cut the cake after blowing out the candles. Watching to Heather’s left are Cllr Rabnawaz Akbar and Susan Fisher. 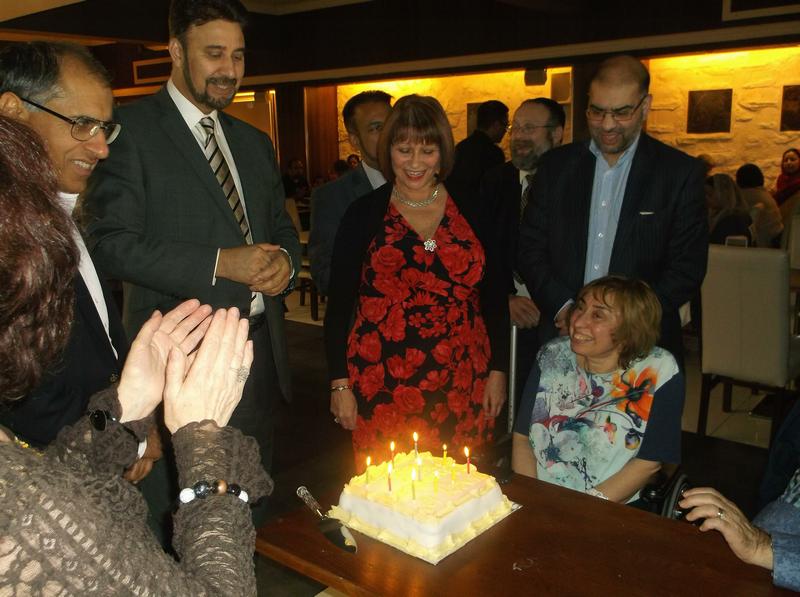