The BMHC was opened in 2006 on the site of the GMB Trade Union's former National College. It is a Grade 2* listed building set in eight acres of land. It is a national centre that is designed to serve as a focus for Muslim Heritage and identity in Britain. The BMHC focuses on Muslim heritage by encouraging social cohesion, peaceful co-existence and community development.

Saima Alvi, who is a Trustee of the BMHC addressed the group. She gave a brief history of the building and discussed recent events held at the centre such as medical lectures, a Muslim writer's visit, history lectures, a family fun day and the first open day. She also discussed future plans which include a state of the art exhibition centre, a new library and an Islamic garden.

Cllr Afzal Khan CBE, who is both Co-Chair of the Muslim Jewish Forum and General Secretary of the BMHC also addressed the group and stated "It was wonderful to see both these organisations' members coming together to share their common interests and explore how we can work together. Both organisations are committed to improving and strengthening community relations in Greater Manchester and beyond "

Below is a photo of many of the attendees including Cllr Afzal Khan, Jonny Wineberg (Co-Chair of the MJ Forum) Mohammed Amin (Treasurer) and Heather Fletcher (Secretary) 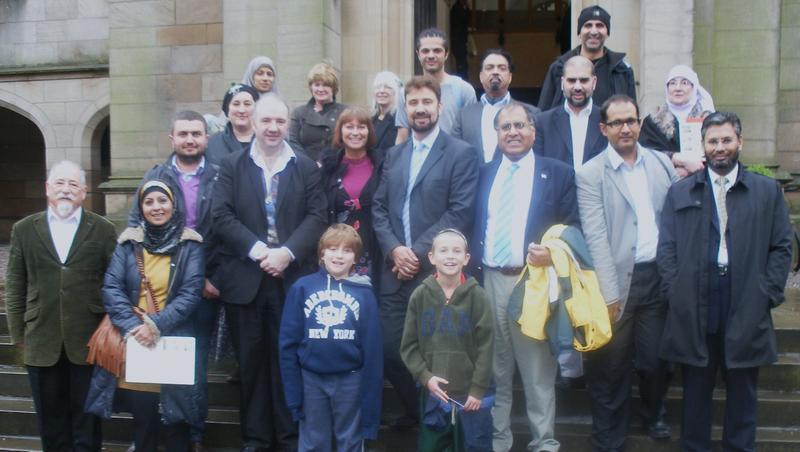