Evaluation forms indicated that the event achieved its dual objective of building positive relationships and creating new business links between the communities. 80% of the participants rated the presenter Will Kintish as totally effective (10/10) - a remarkable evaluation of the "Networking Guru." MJF Executive Member, Qaisra Shahraz, described him as "Adorable", which brought the house down!

Muslim Jewish Forum Co-Chair, Jonny Wineberg stated that "We could not have hoped for a better launch event with a good attendance, a dynamic speaker, superb conviviality and a considerable amount of real business taking place. We hope to follow this up with an event early in 2012, then every 3-4 months thereafter with Vince Cable MP, James Caan, Lord Alan Sugar all on our radar"

Below is a photo of Will Kintish with TED (Think, Explain, Decide) a character he uses to aid people's preparation to get the most out of networking. 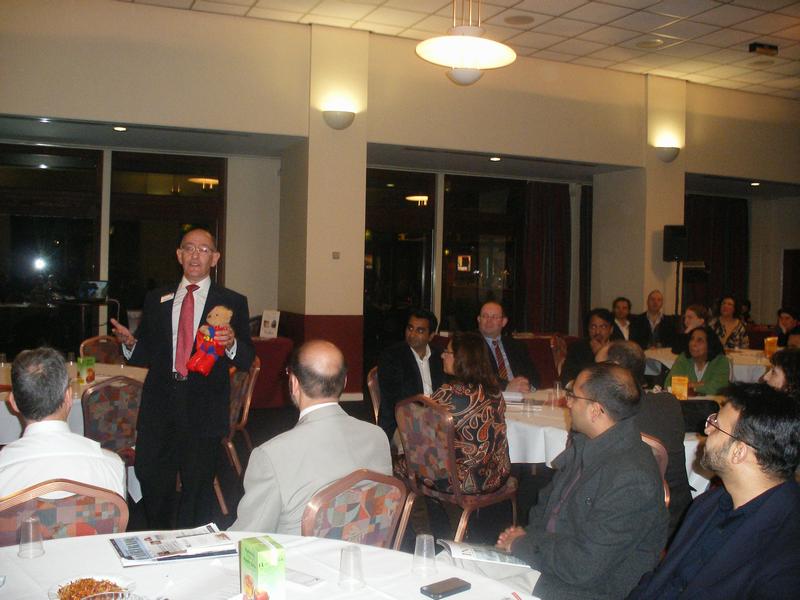