On Sunday 31 August we held our eighth annual picnic in St. Mary's Park, Prestwich. Twenty five people, with roughly equal numbers from both communities, attended the picnic. People attended across the generations with several mothers and daughters and grandchildren joining in the fun. The food was plentiful and the Manchester weather was uncharacteristically dry!

Heather Fletcher, our Company Secretary stated "This was our first event following the recent Gaza/Israel conflict so it was even more important that this was a successful event to show that, by and large, the overseas conflict had not spilled over and damaged relations between our two communities. I am pleased to say that there was a wonderful friendly atmosphere throughout the picnic"

Ann Audin, a regular attendee of the Forum's events said "We had a great picnic. It was nice to share our different foods. I always find it interesting to learn about different faiths and cultures, and all the people involved with the Muslim Jewish Forum are very pleasant and friendly.”

Mohammed Amin, Forum Co-Chair, stated "Inter-community friendships are built one person at a time. I was pleased to see so many Muslims and Jews coming together shortly after the recent conflict in Gaza. We must not import conflict but rather export peace, as both the Muslim Council of Britain and the Board of Deputies of British Jews said last week.”

Another first time attender, Shamila Younis, said "Attending for the first time was a total pleasure. I met people from all walks of life with different beliefs and views who had come together to socialise. I would definitely be involved in more gatherings."

This picnic was covered in The Daily Star Newspaper on 23 January 2015.

Below is a photo of many of the group. There were late comers not pictured including Rabbi Arnold Saunders and author Qaisra Shahraz. 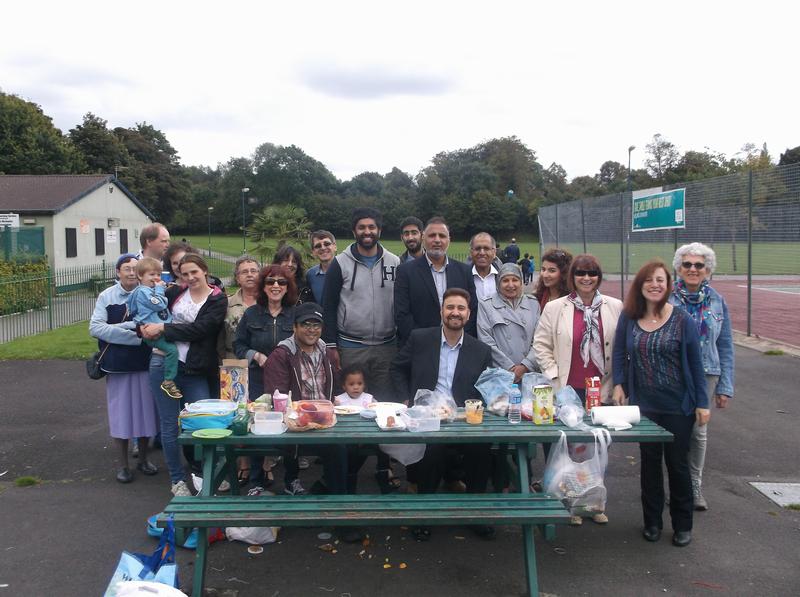