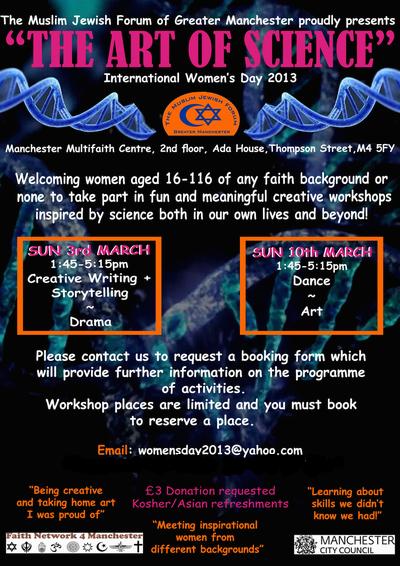 Fifty women of all faiths celebrated International Women's Day 2013 together over two Sunday afternoons at the Multi Faith Centre in Manchester. These Women’s Day Events were organised by the Forum with financial support from Manchester City Council, and co-ordinated by the two peer workers, namely Laura Nathan and Tasbiha Shah. On both Sundays, the women participated in workshops exploring historical and contemporary female figures in the field of science and technology to fit in with this year's Women's Day themes of Science, Technology, Engineering and Mathematics.

Tahara Amin, an Executive Committee member of the Forum, who attended on 3 March stated, "I thoroughly enjoyed both workshops and found them to be thought provoking and interesting and the time passed so quickly."

Suzanne Kanter, who attended the 10 March workshops, stated, "Today's workshops created an opportunity to work together in the new centre. Working in the field of Science I never imagined how this could be interpreted through Art and Dance but Laura, Tas and Hannah showed us how this was possible and the Event was thoroughly enjoyed by all who attended."

There are two group photos below. 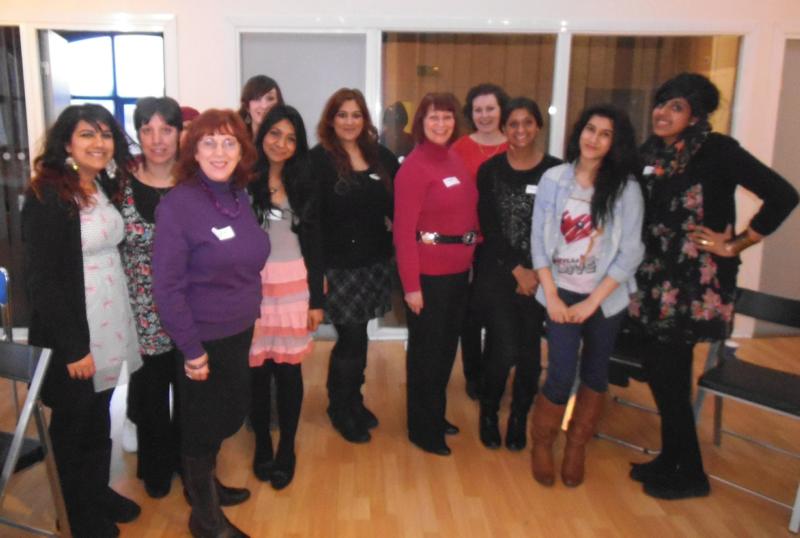 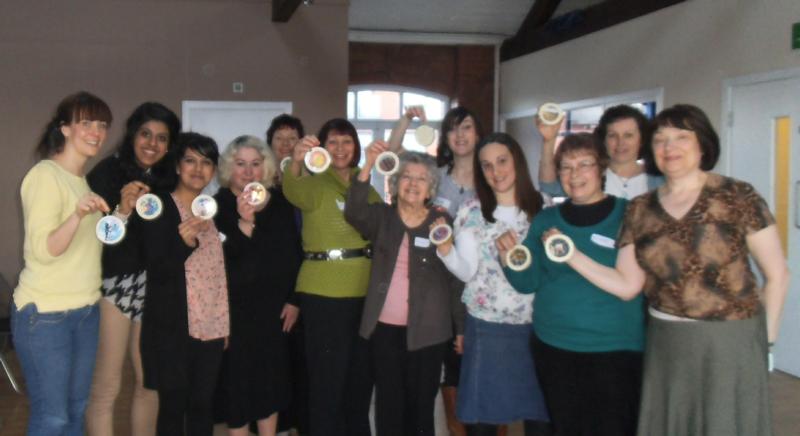