Annual meal out at JS Restaurant

On the evening of Sunday 19 January, we organised our annual kosher meal out at JS Restaurant in Prestwich. Over twenty people attended and the group included not only Jews and Muslims but also Humanists and Christians.

Lord Mayor Cllr Ul Hassan stated "I was delighted to attend tonight. It was just like a family meal and it was great to see Muslim and Jewish people eating together and meeting new friends and expanding their family"

Forum member Sarah Kemp stated "Everyone in this part of the city tonight was united by a love of food!”

Below is a photo of many of those who attended. 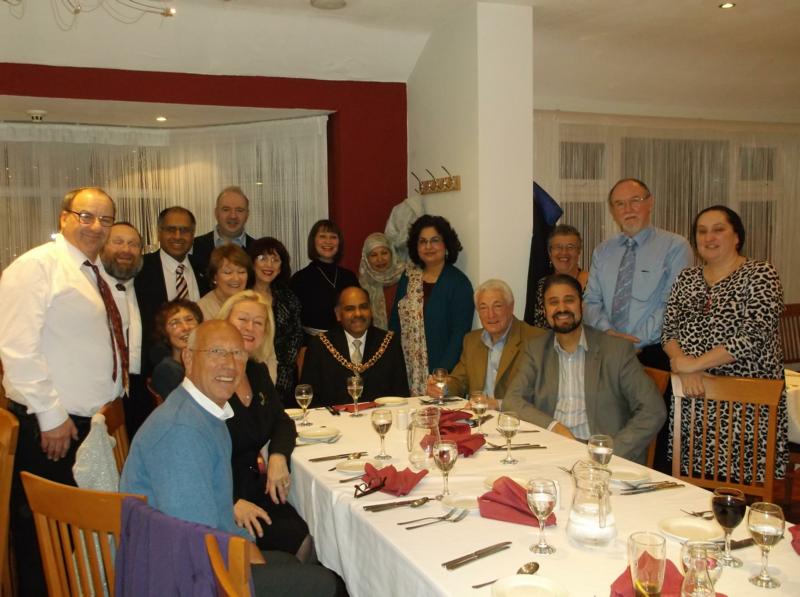