Forty people attended our first literary evening organised which was held on a Sunday evening at the Manchester Jewish Museum. The audience was treated to hearing fiction at its best as novelists Qaisra Shahraz, Sherry Ashworth and Zahid Hussain read illuminating extracts from their books and talked about the art of their profession.

Zahid Hussain read an extract from his novel “The Curry Mile” which details the lives of a Pakistani Muslim family in the restaurant trade on Wilmslow Road, Manchester. He pointed out the universality which was evident in writing and noted that there were strong similarities between the Asian family in “The Curry Mile” and all other families whatever their nationalities and faiths. However, he felt that the Jewish family was perhaps the most similar with the same sense of duty, conflict of identity, gender politics and intergenerational conflict.

Sherry Ashworth read two extracts from her novel “Good Recipes and Bad Women” which she told the audience was set in north London and was semi autobiographical. One of the extracts related to the trials and tribulations of a Jewish Committee meeting, which several audience members felt they could relate to. The other poignant extract related to a girl who had been introduced to her marriage partner by way of a “Shidduch” (Jewish matchmaker’s introduction) and the emotional dilemmas she had faced.

Qaisra Shahraz read from her first novel “The Holy Woman” which has been translated into many languages and been published in numerous countries. She stated that her aim in writing the novel was to open up the Muslim world in rural Pakistan to non Muslims, explore women’s issues and finally she wanted to write a compelling love story as “everyone loves a good love story”! She further stated that the characters from “The Holy Woman” remain with her every day and she viewed her novel as her fourth child. Qaisra also mentioned that she had written a story “Train to Krakow” about the Holocaust which she felt duty bound to write.

Sherry Ashworth also announced a forthcoming project to mentor and publish new Muslim and Jewish women writers to be organised by Commonword in Manchester. She will be training writers together with Muslim poet Anjum Malik. For further details please contact Pete Kalu at Commonword.

Muslim Jewish Forum Exec Committee Member, Jackie Harrison expressed a Vote of Thanks on behalf of the Forum and a very appreciative audience.

Muslim Jewish Forum Secretary Heather Fletcher stated “This was a very entertaining evening and we were privileged to listen to three such talented novelists from both our faiths. The audience was entranced by the descriptive writing and no one wanted the evening to end!” 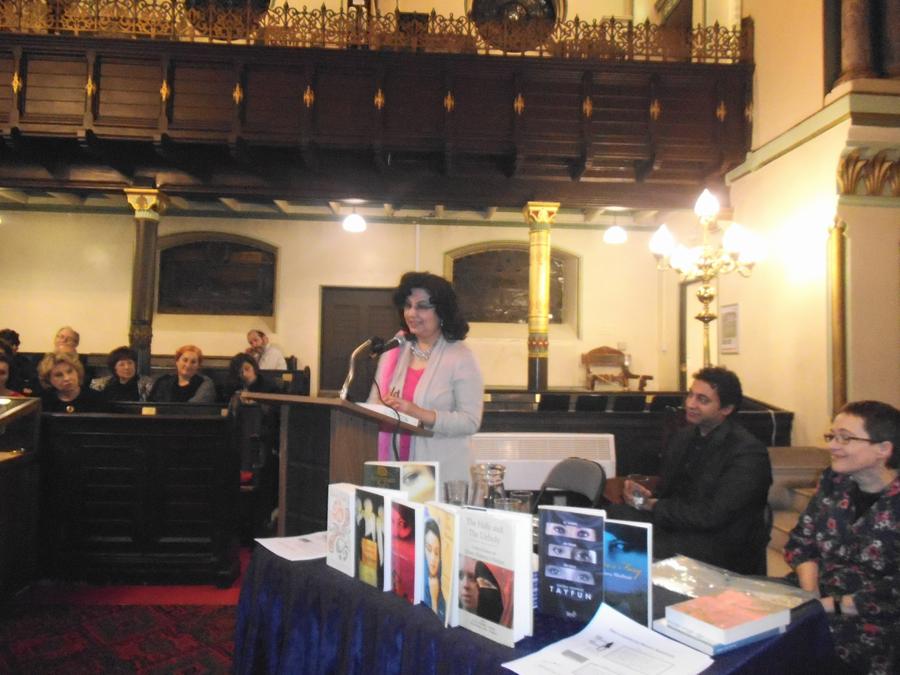 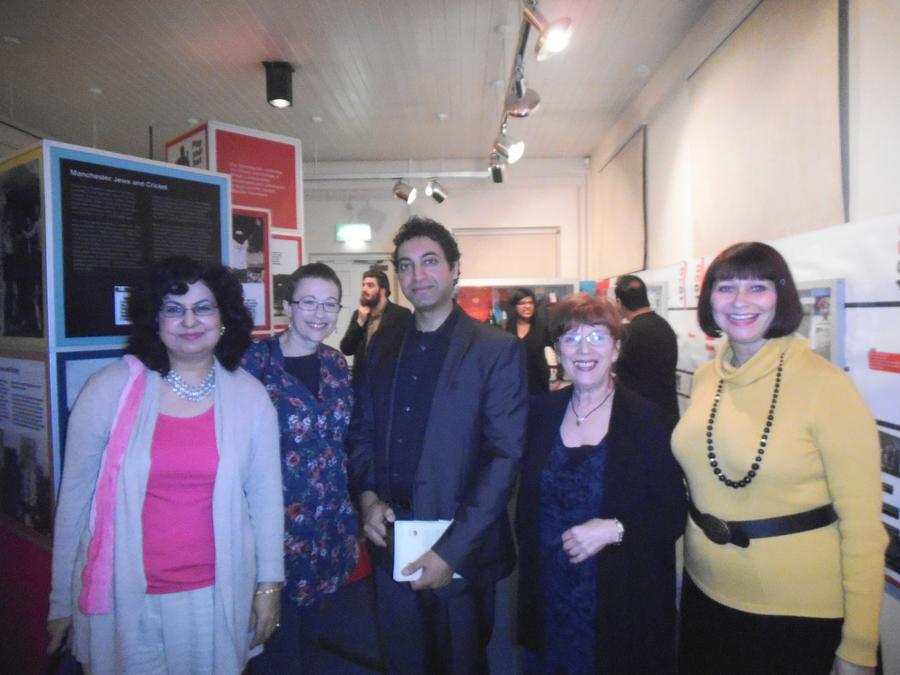