Forum visit to historic Muslim and Jewish sites in Liverpool

On Sunday 15 March members of the Muslim Jewish Forum of Greater Manchester enjoyed an enjoyable, interesting and absorbing historical excursion to Liverpool in which they visited places of Muslim and Jewish interest.

Firstly, the group visited the Abdullah Quilliam Heritage Centre, 8-10 Brougham Terrace, Liverpool, L6 1AE where they were given a very informative talk by Jahangir Mohammed, the Director of the Centre.

He told us the fascinating history of William Henry Quilliam who was a 19th century Solicitor. After converting from Christianity to Islam he changed his name to Abdullah Quilliam and founded England's first mosque setting up the Liverpool Muslim Institute at Brougham Terrace in 1889. This had facilities for 100 people to pray. While Abdullah Quilliam was the first convert to Islam in the area, in his lifetime the number of Liverpool's Muslims (almost all converts) grew to around 200 and nationally to around 600. He was a very noteworthy man and had a cordial relationship with the local Jewish community and he also set up an orphanage for non-Muslim children in the area.

Abdullah Quilliam's work in Liverpool stopped when he left England in 1908 to live in the Middle East and his son disposed of the mosque property. It was subsequently used as a Registry Office for Births, Marriages and Deaths. In 2000 Liverpool city council vacated the property and gave it to the Abdullah Quilliam Society to look after and refurbish. Parts of the building have now been restored and during 2014 it re-opened as a functioning mosque. The building was featured in June 2013 in Episode 4 of the ITV series "Britain's Secret Homes" at position number 11.

There are currently 40,000 Muslims living in the Merseyside area.

Secondly, the group visited the Princes Road Synagogue, Princes Road, Liverpool, L8 1TG which is the first Grade 1 listed synagogue outside London. They were given an informative guided tour and talk by Synagogue member Esther Ross.

The Synagogue is a beautiful Grade 1 listed building in the Toxteth area of Liverpool, which in the 19th century was an area containing many opulent mansions. It was built at a cost of approximately £12,000 in the 1870's (equivalent to about £1.5 million today) and consecrated in 1874. The architectural style is both Moorish and Gothic. The Liverpool Jewish community who supported the building of the Synagogue were primarily of Ashkenazi (Eastern European) origin. The Synagogue is a testament to the wealth and social position of some of Liverpool's 19th century Jewish citizens.

Nine Lord Mayors of Liverpool have been members of the Princes Road Synagogue and one of the current members is Louise Ellman MP. It is also famous for having a mixed male and female choir. There are services every Sabbath, although the numbers attending have dwindled as the Jewish population of Liverpool has declined to the current number of around 2,500.

The synagogue's website has an informative page about its history.

Dr Yulia Egorova, who is a Senior Lecturer in Anthropology at Durham University had come especially from Durham to join in this visit. She said "The visit to the Abdullah Quilliam Mosque and Princes Road Synagogue organised by the Muslim Jewish Forum is an excellent example of a successful initiative aimed at developing trust between the two communities. Events like this remind us that Muslim / Jewish relations do not have to revolve around the situation in the Middle East and should be reported in the mass media more often."

Haley Bradley, who is a native Liverpudlian stated "It was a really enjoyable, educational and enriching day lending itself to even more understanding and exchange of dialogue between two very similar cultures."

The photographs below were taken at the mosque and synagogue. 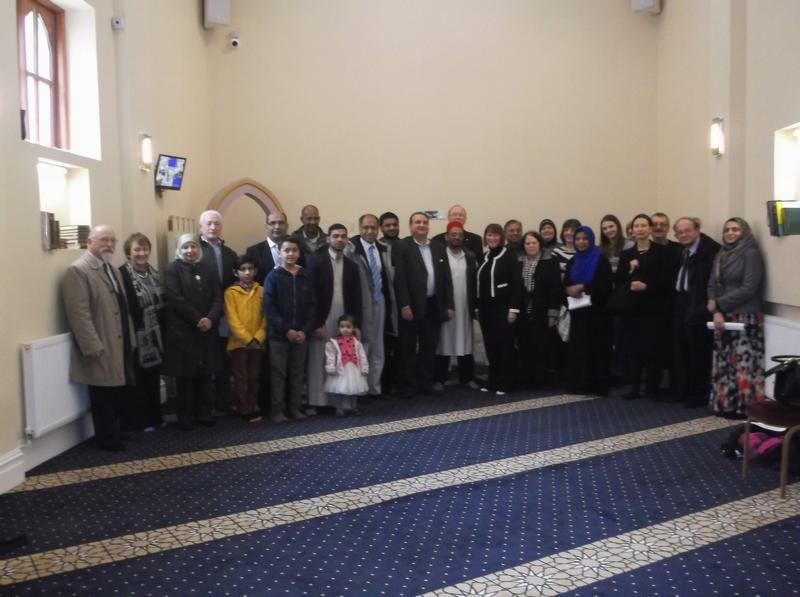 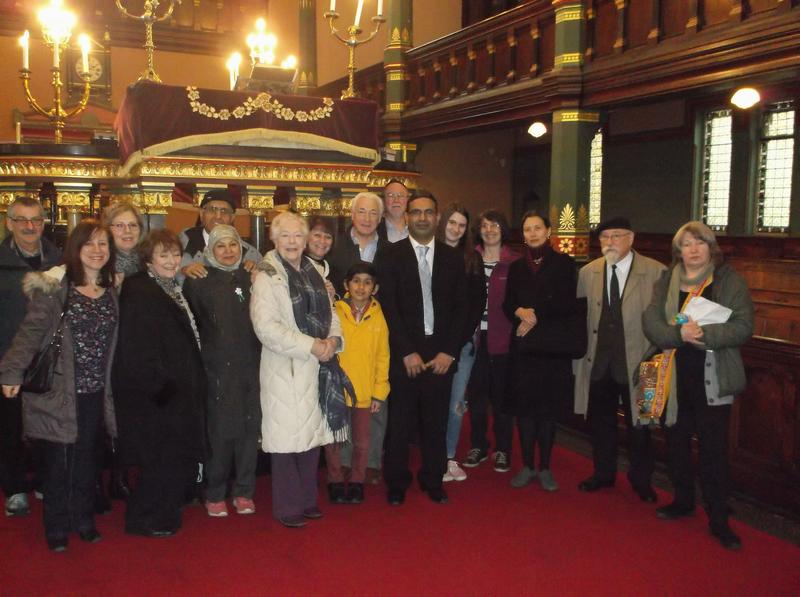