Lawyers' and Accountants' event on Post Mortems and Death

The Muslim Jewish Forum of Greater Manchester was recently addressed by Mr Simon Nelson, Rochdale's Coroner, and Mr Mo Mangeera on "Muslim and Jewish Perspectives relating to Post Mortems and Death". The meeting was hosted at the city centre offices of Linder Myers Solicitors.

Mr Nelson stated that it was a requirement under Jewish law for the body to remain intact when buried and that post mortems were only permitted when the results may immediately save another life. Mr Mangeera stated that belief in life after death was one of the fundamental beliefs of Islam and the body is viewed as God's property entrusted to a human being; therefore the body should be returned to God in the best possible condition. He stressed that Islamic law did not permit post mortems either. It was a requirement under both Islamic and Jewish law that the body be buried as soon as possible after death.

Both presenters discussed the alternative to post mortems namely magnetic resonance imaging (MRI) scans, which were permissible. Mr Nelson concluded by saying that he hoped that the Greater Manchester coroners could lead the way and take forward non-invasive post mortems for people of all faiths and none as invasive post mortems could offend many people's sensitivity.

The question and answer session was chaired by Forum co-chair, Cllr Afzal Khan. From this session it emerged that non-invasive post mortems cost between £850 and £1,300. In the Jewish community the synagogue pays for these but in the Muslim community, the deceased's family has to bear the cost.

Heather Fletcher, Secretary of the Forum, expressed the Forum’s thanks to the presenters.

Cllr Afzal Khan stated "It was interesting to listen to both learned speakers on the respective faith views on post mortems. I was struck by the fact that the Muslim and Jewish outlooks on this subject are identical, showing again the rich heritage both faiths share."

Mohammed Amin, Treasurer of the Forum, stated "Both Judaism and Islam recognise that the law of the land must be followed on such matters. However, in many cases MRI scans allow the necessary identification of the cause of death while meeting religious sensibilities. We need to find a way to share the costs amongst the Muslim community similar to the Jewish approach"

In the photo below, we have pictured from left to right Mohammed Amin, Heather Fletcher, Mo Mangeera, Simon Nelson, Cllr Afzal Khan and Suzanne Lurie of Linder Myers. 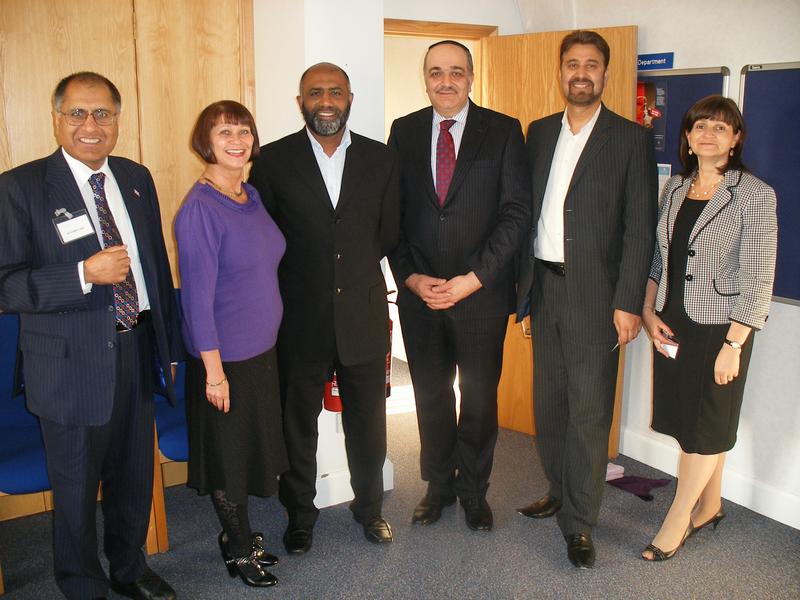