Forum holds “The Pub Quiz Without a Pub”

For over a decade, the Forum has believed that the best way to bring Muslims and Jews together is to hold events that people attend because they are fun, rather than attending out of a sense of duty.

On Sunday 26 February, we hosted our second quiz evening at the Manchester Multifaith Centre. There was a warm friendly but very competitive atmosphere as the teams battled it out for pole position.

The quizmasters were the popular local quiz expert and retired school teacher, Steven Pearlman and the Jewish Representative Council Chair and Forum Executive member, Jonny Wineberg. They combined well to ensure that the evening was both challenging and entertaining.

"Our team enjoyed a warm welcome at the quiz night. It was a marvellous opportunity to have fun, to learn and to get to know each other. Thanks to Mohammed Amin and Heather Fletcher and the Forum for leading this much-needed initiative. Its importance cannot be under estimated in today's climate of suspicion. Getting to know each other as friends highlights our commonalities and breaks down barriers and misconceptions"

The winners were "The A Team" comprising Dr Jackie Lewis, Alex Wiseman, Laura Vallance, David Vallance, Clive Cass and Karen Cass. All their players kindly donated their cash prizes back to the Forum. The captain of the winning team and Forum Executive member, Dr Jackie Lewis said "It was a noisy quiz despite the lack of a pub and we were delighted to have almost equal numbers of Jewish and Muslim participants."

The evening began with Muslim co-chair Mohammed Amin MBE welcoming the guest, and concluded with a vote of thanks to the Quiz masters from Jewish co-chair Cllr Heather Fletcher.

The photograph below shows the quiz masters Steven Pearlman (on the left wearing blue jeans) and Jonny Wineberg, along with the technology they organised for the quiz. 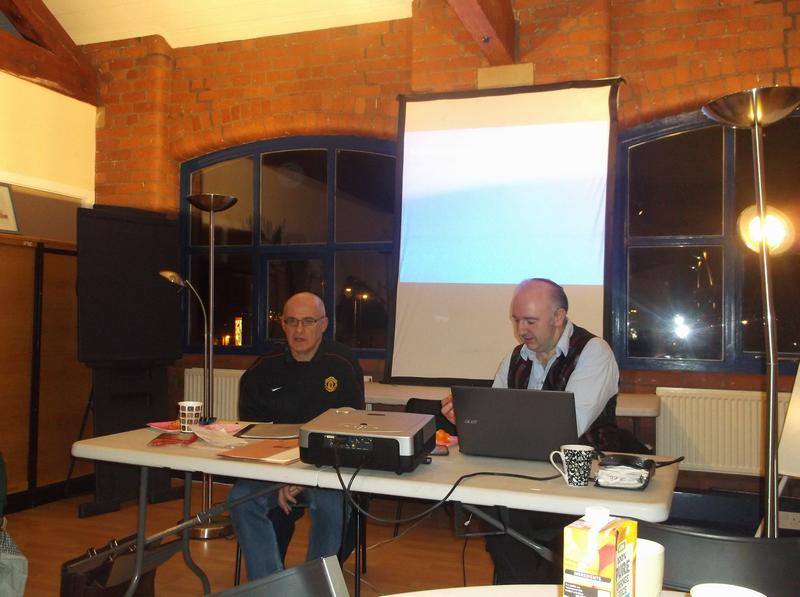