On 14 March 2019 the Rep Council (as it is commonly known) celebrated its hundredth anniversary with a gala dinner held in the Hilton Banqueting Suite of the Prestwich Hebrew Congregation Synagogue on Bury New Road, Prestwich.

The Forum took out an advertisement in the dinner brochure. That is reproduced below: 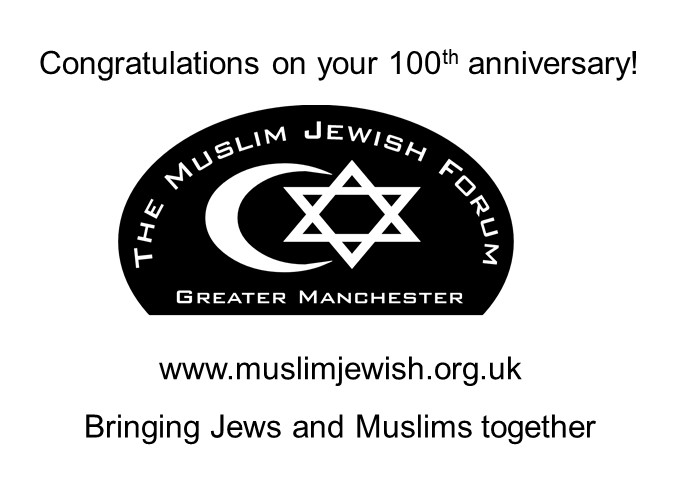 We also supplied some photographs of our past events, which were included in the rolling slideshow presentation at the event.

Ten members and friends of the Forum paid to attend the dinner as a combined table. They can be seen in the group photograph below, along with some of the dignitaries who were also present.

Back row, left to right: