The group was joined at both the British Muslim Heritage Centre and the Saturday night party by a delegation of leading members of the International Council of Christians and Jews who were also in Manchester for their annual Conference.

There were meaningful discussions comparing Muslim/Jewish relations here in Manchester with those in Paris, the workings of both organisations and discussions about French culture. Many close friendships were forged over the weekend. A return trip for the MJF to visit Paris is being planned for October 2013.

Corine Goldberger, the Co-President of Shalom Paix Salam! stated "We thank our friends at the Muslim Jewish Forum in Manchester for giving us a fantastic opportunity to spread our message, goals and values in a concrete and happy way from France to England."

Cllr Afzal Khan CBE, Co-Chair of the MJF stated "I believe that the world is now a global village and we are all part of the same family of humanity and this was definitely illustrated by enjoying this weekend with our French sisters."

Jonny Wineberg, Co-Chair of the MJF stated "Creating understanding and respect between faiths is an issue for the whole world and with this amazing weekend we have started to make our contribution to this. We hope to take this further over the coming years and invite other Muslims, Jewish people and people from other faiths to join us."

Mohammed Amin, Treasurer of the MJF stated "France has both the largest Jewish community and largest Muslim community in Europe. Friendships are built one person at a time and this visit should be the beginning of many such friendships."

Shalom Paix Salam! have a Facebook group, which is an open group. However you need to be registered on Facebook to access it. Reading the page is a good way of practicing your French.

A photograph taken on the steps of the British Muslim Heritage Centre is below. 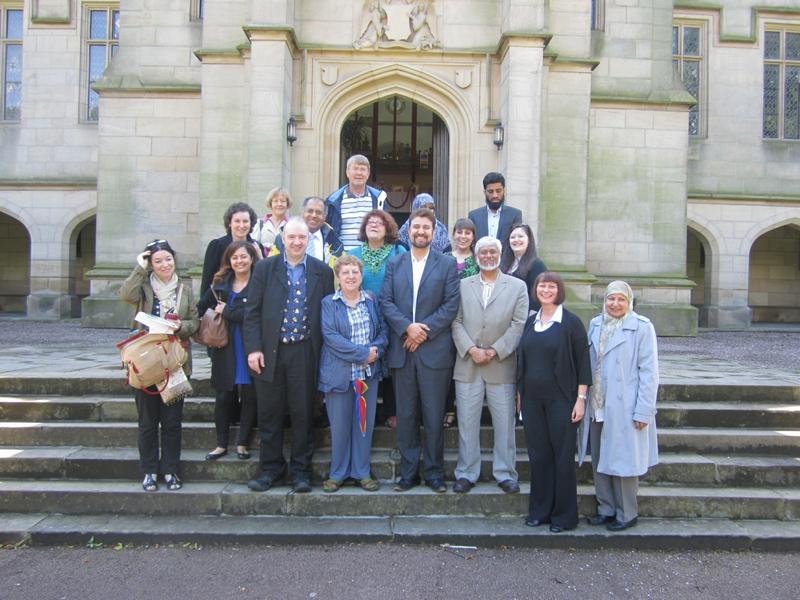 Back row left to right: