On Sunday 15 November, 75 people attended an event at Bury Town Hall entitled "Spread Hummus Not Hate" to mark the 8th global season of twinning between Muslims and Jews initiated by the Foundation for Ethnic Understanding in New York. The event was organised by us in partnership with the police's "We Stand Together" campaign (Twitter hashtag #WeStandTogether) and Faith Network 4 Manchester.

The guests were welcomed by:

Immediately afterwards,  everyone observed one minute’s silence for the victims of the terrible attacks in Paris on Friday evening.

All the speakers stressed the need for more events like this one which bring people of all faiths together, especially in the light of the tragedies in Paris.

There were table discussions about how to improve community relations and the guests were also treated to an extensive buffet which included many different types of hummus to spread in keeping with the title of the event.

There were many first time attendees to Forum events.

Mr. Tahir Rafiq stated "Today was my first attendance, I was glad to be here, it was very inspirational and informative. It is necessary to spread the message of interfaith and similarities in our religions. We must stand together."

Another first time attendee, Mr. Darren Niman stated "This event proved to me that this is about real people who just want to live together and work together in peace and harmony, reaching out to each other for the common good of all communities, not letting external issues in the wider world get in the way. This is the way forward for a brighter, happier and peaceful future." 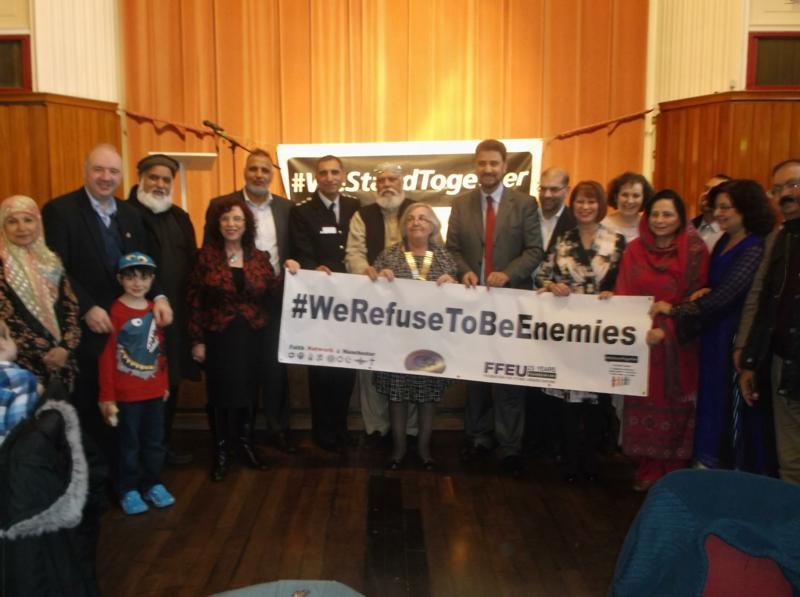